Where to buy property in Kenya 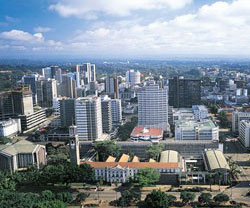 The country of Kenya took its name from one of its mountains—Mount Kenya, which crosses the equator and is the second highest peak in Africa. Kenya’s topography is also a major factor in three things the country has become famous for: its coffee, which is grown on cool mountain plateaus; its champion long-distance runners, who train in the rarefied air of the high western hills; and its great herds of African wildlife, which roam the broad savannas.

Kenya is in East Africa, bordered by the Indian Ocean on one side. From the pristine beaches along Kenya’s humid coast, the land turns into miles and miles of grasslands, vast deserts and craggy mountains farther inland. The majestic spread of the Great Rift Valley divides Kenya neatly in the middle, into east and west.

One of the most staggering sights in the country is the yearly animal migration that happens between June and September, when millions of animals travel in search of food during the dry season. The wildlife habitat of Masai Mara is one such area where animals such as gazelles, zebras and the blue wildebeest can be seen making this Great Journey.

Kenya’s climate is generally tropical, though it varies slightly depending on where you are: it is hot and sticky along the coastline, somewhat cooler inland, and dry in the north. Kenya receives a great deal of sunshine throughout the year, though it rains a lot between the months of March and May, and October to November.

Some of the popular images of Kenya feature the tall, elaborately adorned, red-robed Maasai people. They are, however, only a small segment of the national population. There are 42 unique tribes in Kenya, each with their own traditions and heritage. The tribes can be grouped together according to proximity to each other, as this closeness has led to some similarities in language and cultural practices. There are three major linguistic divisions among Kenyan tribes: the Cushites, the Nilotes and the Bantus. The Cushites make up the nomadic and pastoralist communities in Northern Kenya. The Nilotes settled the Lake Victoria and Rift Valley Region, while the Bantus (Swahili) are the clans who occupy the regions along the coast, west and Central Highlands. 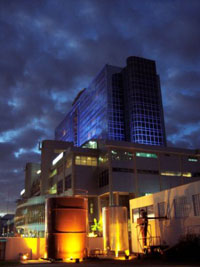 As Kenya becomes more modern, though, city life becomes more attractive and fewer Kenyans live a truly traditional tribal life. This is especially true of tribes living near larger cities. More than 88% of Kenya’s population of 32 million are of African descent. Smaller minority groups that make up less than 1 percent of the population include Indians, Arabs and Britons and other Europeans.

Kenya’s cities—notably its capital, Nairobi—have all problems that large urban centres have: smog, crime, high population density, poverty. Nairobi also has a reputation as a dangerous place for tourists. But if you know how to avoid the risky areas, it is possible to enjoy what the city has to offer. Nairobi is a modern, cosmopolitan city, one of the major financial and political centres of Africa. It has a chic urban culture, a thumping nightlife and the most varied cuisine in the country.

Kenya is relatively politically stable. It is a democratic republic, with the President as the head of state. Kenya’s eight provinces make up its administrative divisions.

Find properties for sale in Kenya