Where to buy property in Jharkhand, India 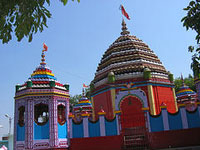 Spread out on the Chota Nagpur Plateau, Jharkhand is lushly wooded. Tigers and elephants live in its forest preserves. It has wonderful scenery, with its rolling hills and red-flowering palas trees lending the rich forested landscape a dash of colour.

Jharkhand has a rich tribal culture, showcased in its diverse festivals, rich folk music and dance traditions. It is pleasant during the cold season from November to mid-March, sunny but not too hot during the day, and cold at night.

The hot season lasts from mid-March to June. Then the rain comes until September.

Jharkhand was carved out of Bihar in 2000, after a long struggle for statehood which dates back to1938, when the Oxford-educated Jaipal Singh demanded a separate state for the tribes.

Jaipal Singh was a Munda from Chhotanagpur, a forested plateau whose numerous tribes are distinct from Hindu society. Commissions and inquiries were held, the struggle went on, and when the Baratiya Janata Party (BJP) supported statehood, the ruling Congress Party gave way.

The present population is 28% tribal and 12% scheduled castes. The state government alternates uneasily between the BJP and the Jharkhand Liberation Front (JMM).�There is an active naxalite (Maoist) movement.

The region is enormously mineral-rich, with iron ore, coal, copper ore, mica, bauxite, graphite, limestone, and uranium, and of course has enormous forests.

Ranchi is the capital of Jharkhand, a largish (pop. 850,000) scenic city, with chaotic traffic, set among lush tropical forests rich in fauna, with many rivers and waterfalls. Dams on these watercourses provide the city's water supply.