Where to buy property in Hobson-Inner City ward, New Zealand 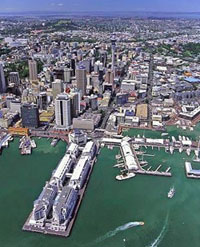 The Auckland Central Business District, or “Auckland CBD” for short, is the geographical centre of Auckland City, as well as the core of the city’s economy. It accounts for 18% of all businesses in Auckland City, with 8,500 companies based in the region alone.

Unfortunately, many of the historical buildings here have been demolished to give way for more businesses and housing developments, which have caused property buyer interest and values in Auckland CBD to wane in recent years. 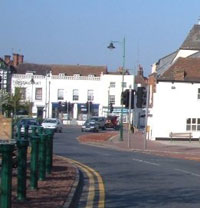 The neighbourhood of Epsom mixes the affluent and the working class, with century-old mansions and villas next to modern, low-rent student apartments. This hilly suburb is noted for its gorgeous tree-lined landscape, well-ordered streets and parks that complement the various types of architecture present in the area. Its residents are mainly upper and upper-middle class, predominantly young professionals, and British expats.

Because it is situated in Auckland’s Grammar Zone–an area of prestigious schools that includes Auckland Grammar School and Epsom Girls’ Grammar School–property values in Epsom have shown a steady increase.

Greenlane is known as a shopping centre servicing the suburb of Epsom, particularly noted for its antiques trade. Its broad, flat pasturelands have also made the suburb the perfect location for the Alexandra Raceway and Epsom Showgrounds.

The prestigious Greenlane Hospital, the National Women’s Hospital and the Consulate-General of the People’s Republic of China are in Greenlane. 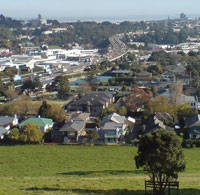 Southeast of Auckland CBD is Newmarket, considered New Zealand’s premier retailing area for the high concentration of retail shops in the region. In the 19th century, several breweries were in opration here. Today, they have been preserved as landmarks.

Designated as a “Strategic Managed Growth Area”, current and future infrastructure development in Newmarket should balance commercial and residential establishments, all accessible by a good public transport system. As a result of this policy, many apartment buildings are being built to accommodate the area’s growing population, who have come here for the attractive employment opportunities.

Some places of interest to in Newmarket include the Olympic Swimming Pool, housed in an Art Deco building from the 1930s; and Lumsden Green, a park famous for its modernist fountain, a 19th century cannon, and a stainless steel sculpture by artist Marte Szirmay. Newmarket also has the upmarket shopping centres Westfield 277 and Nuffield Street.

The suburb of One Tree Hill is at the base of the hill of the same name. The hill is, in fact, an extinct volcano. Considered a sacred memorial by the Maoris and other New Zealanders, it got its name from a lone totara tree that once stood on its summit. The tree was cut down in 1852 by a white settler. Despite attempts at replanting, no trees would grow in the area, except for two pines, one of which was also later cut down. The remaining pine was later cut down by protesting Maoris who claimed that the tree was not a native plant species of New Zealand and thus an insult to the nation. An obelisk now stands on the summit, erected in honour of the Maori population.

The hill is in Cornwall Park, where you will also find Acacia Cottage, one of the few existing 19th century timber buildings in New Zealand. The Stardome Observatory, which discovered an asteroid that came to be known as 19620 Auckland, is also here. 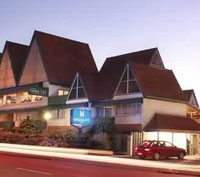 Parnell is New Zealand’s oldest quarter, dating back to 1841 when it was settled by Pakeha—European immigrants to the country in the 19th century. Known for Gothic buildings that include the Anglican Cathedral, Gothic St. Mary’s and Bishopscourt/Selwyn Court, Parnell was in a state of deterioration when it was revitalized and reinvented in the early 1970s as a weekend tourist shopping destination. In Parnell Village, now one of the most popular destinations in Auckland, houses and establishments have been built in whimsical Victorian style.

Former residences in the upper part of Parnell have been converted into law and accountancy offices, shops and a few restaurants. The quarter’s lower part consists of Edwardian-style retail stores, high fashion boutiques, nightclubs and bars. The side streets of Parnell Road are lined with apartments, housing and other residential projects. 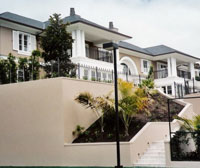 While Herne Bay has stolen some of Remuera’s thunder as an affluent suburb with pricey real estate, Remuera remains the residential area of choice for the wealthy and the upper middle class. Part of its appeal lies in the fact that Remuera is inside the Grammar Zone—the area near Auckland’s finest secondary schools, including the prestigious Auckland Grammar. Children who live in the Grammar Zone are entitled to enrol at the schools, which many believe has driven up property prices in the area.

The suburb has a number of old mansions and villas with sprawling grounds, with contemporary and minimalist designer homes and luxury low-rise apartments thrown into the mix. It also has a shopping strip with boutiques, antiques stores, banks and cafés.

Because of its convenient location, Remuera residents can easily drive to Auckland CBD, the Hospital, the Domain, and the beaches in the eastern suburbs.

The suburb of Mechanics Bay was built over a reclaimed area. The bay itself no longer exists, now occupied by port and commercial establishments.

Mechanics Bay was the centre for air travel in New Zealand from 1962 to 1989. It has a heliport, which is the base for sightseeing and commercial flight companies, as well as the base for Westpac Rescue Helicopter.

There are only a few interesting sites in the suburb, such as the Strand Hotel, Carlaw Park, and the Auckland Bowling Club, the oldest in the southern hemisphere, founded in 1861.

Named after a noble patron of New Zealand’s first governor, Grafton is noted for its two parks: the Auckland Domain, enclosing the Auckland War Memorial Museum and Cenotaph; and Outhwaite Park near the prestigious Auckland Grammar School. Another Grafton landmark is the concrete Grafton Bridge in 1910 over the Grafton Gully.

Other important structures in the suburb are the Auckland City Hospital and the Medical School of the University of Auckland on Grafton Campus.