Where to buy property in Herrera, Panama 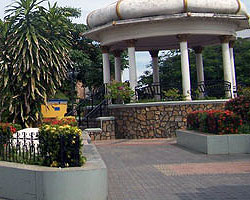 Herrera Province, on the Azuero Peninsula, has vibrant festivals and rich agricultural lands. �The provincial capital Chitre has much fine Spanish colonial architecture, such as the Herrera Museum and the Cathedral of San Juan Bautista. The town of Parita is home to a church-museum, the Church of Santo Domingo.

Numerous festivals are held in the province's towns every year - the Festival del Manito Ocue�o in the city of Oc�, the Feast of Corpus Christi in Parita, and the re-enactment of Last Supper, Judas's betrayal, and Jesus's imprisonment during Easter in Pese. These lively festivals, with their celebrations and culinary delights, are the main tourist draw of Herrera.

The area was once home to the Ngobe-Bugle tribe. All over Herrera clay pottery is sold, resembling the artefacts in the archaeological sites.