Where to buy property in Hainaut, Belgium 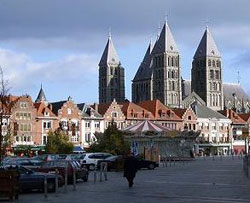 In the westernmost part of Wallonia is the province of Hainaut. It is the least prosperous region of Belgium, but like the rest of the country its towns are rich in culture and history. Its parks and countryside are green havens graced with the presence of more than 200 castles that indicate a princely and ducal heritage that’s unequalled by any other part of Belgium, or indeed any other part of Europe equivalent in size.

Despite its heavily industrial past, Hainaut is now the greenest province of Belgium. Not only is agriculture Hainaut’s main industry, but the province has several nature reserves and parks that showcase the countryside’s natural beauty. Its natural and cultural heritage is very important to Hainaut.

One of Hainaut’s best-preserved historical places is the 900-year-old Abbey of Bonne Espérance, in the municipality of Estinnes. The abbey is now a seminary under the diocese of Tournai. Visitors can try the beer brewed here, or tour the neoclassical basilica, with the rich interiors and square apse that characterize the architectural style of the churches of the Premonstratensian order, climb its Gothic belfry, or visit the old cloisters that open onto the well-kept lawns of the quadrangle behind the abbey.

Charleroi is the largest municipality and city in the Walloon Region, an industrial city located in the centre of a large coal basin—Charleroi’s “black country”.  While its industrial heyday is long gone, the city’s blue-collar character is still evident in the many old factories that have been closed for years, the steel, glassworks and chemicals businesses that have all declined in recent years.

The Bois du Cazier in Charleroi’s Marcinelle district commemorates the city’s worst mining disaster. In 1956, fire spread through a mine here and killed 252 men. Today on the site there stands a memorial to the victims of that day and to the thousands of immigrants who travelled to Belgium to work in the mines. Visitors can view the photographs, watch the films, and read the testimonies of those who were there. They can also tour the nearby Musée du Verre, which celebrates glassmaking and glass design.

The river Sambre cuts through the municipality. Charleroi’s transport system leaves much to be desired, as its metro is still unfinished. 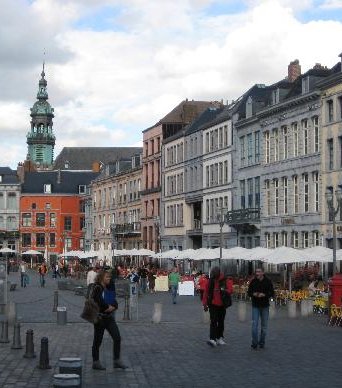 Mons is the capital of Hainaut. It may not draw as many tourists as Belgium's other major cities, but it is noted for its beauty. Wide streets encircle the city's historic Grand’Place, with its Gothic and neo-Gothic buildings dating from the 15th to the 18th centuries.

When the importance of the sillon industriel declined, so did the fortunes of cities like Mons (whose coal mines marked one end of the Wallonian backbone), and they have never really recovered.

It was here that the British fought their first battle in World War I, and there was a German presence in the city during both world wars. The headquarters of SHAPE (Supreme Headquarters of Allied Powers in Europe) was in Casteau, one of Mons’s communes.

Mons has three universities, including the University of Mons-Hainaut.

The city was founded on top of a hill, and expanded downwards over the centuries. Many of its public buildings are excellent specimens of Baroque and Gothic architecture.

La Louvière means “wolves’ lair” or “city of wolves”, named for the wild animals that used to roam its dark woods.

Located in a once coal-rich area near Mons, the town is partly urban/industrial, partly rural. The Canal du Centre which runs through the municipality connects the Meuse and Scheldt rivers. It is notable for a series of century-old hydraulic boat lifts which were recently designated a UNESCO World Heritage Site.

A 150-year-old carnival known as the Laetare is held in La Louvière for three days during Lent; processions featuring bands, colourful characters from folklore and representatives of various “societies” dressed in costume wind through the city, and there are outdoor shows and food stalls. 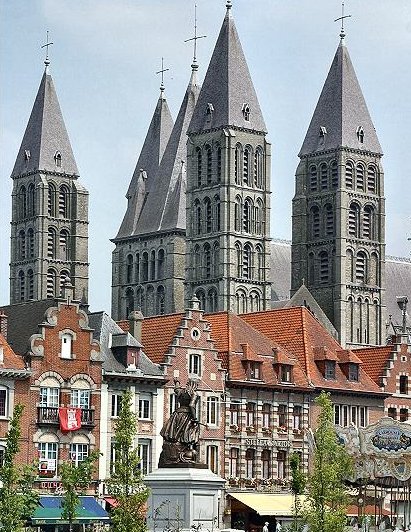 The City of the Five Towers, as Tournai is called, is 2,000 years old. It is the oldest city in Belgium.

Tournai gets its nickname from its cathedral, the venerable Notre Dame. Four tall towers surround its central tower, and it is Tournai’s greatest landmark not only for its size, its age, or the magnificence of its Gothic-Romanesque architecture, but also for the artistic and religious treasures it houses—gold relic shrines to Our Lady and to St. Eleutherius, paintings by great Belgian artists and several religious artefacts.

Not far from the cathedral is Tournai’s main square, the Grand’Place. The square is surrounded by museums and other cultural attractions, though its shops, bars, outdoor cafés and restaurants might be even more alluring to tourists after a day of sight-seeing.

Several examples of Romanesque architecture still stand in the Saint Brice area on the banks of the Scheldt, including the Church of Saint Brictius and the Pont des Trous, an arch bridge that goes over the river.

Mouscron is a small industrial town without any big attractions, except for its football team, which plays in the Belgian First Division, the Jupiler League.

Mouscron was once part of West Flanders, but due to its mostly Francophone population, it was incorporated into Hainaut in 1963. Every October the town celebrates the Hurlus Festival, which celebrates the town’s overthrow of the Hurlus, a rebel Lutheran group that briefly occupied the town in the 16th century.

There is a lot of affordable housing here. Mouscron is mostly known for its beautiful public park and the old home of Mouscron’s nobility, 15th-century Chateau des Comtes, which is only open to the public on Heritage Days.