Where to buy property in Gungoren District, Turkey 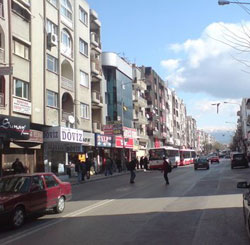 Güngören is one of the smallest industrial districts in Istanbul. It is an impoverished area, though its set of 6-storey residential buildings is better maintained than those in Esenler and Bağcılar. Though the streets are constricted, there are also more shops and parking spaces. Menderes Caddesi is Güngören’s busy shopping street.

Most of the district’s residents work in the factories and other small industrial estates set in unnamed, poorly lit roads. The rest are homeless and unemployed, so crime rates are high and the standard of living is generally low. To move in and out of the area, people use the tram which extends up to the district of Zeytinburnu.