Where to buy property in Guayama, Puerto Rico 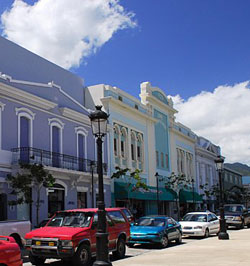 The scenic municipality of Guayama in the Southern Coastal Valley region borders the Caribbean. Guayama Pueblo, the downtown area, is also its administrative centre. Guayama is the main city of the Guayama Metropolitan Statistical Area. Its intriguing nickname is "La Ciudad Bruja", or “Witch City”, probably earned because of the association of witchcraft with old African traditions that are still held in the area and celebrated during the week-long Carnival Brujo.

Tourist attractions in the city include the Punta de las Figuras Lighthouse and Casa Cautiño, a museum and cultural centre in a century-old Creole home. However, Guayama is most known for its natural attractions.

Large nature reserves protect precious wetland and marine areas, including mangroves, tidal flats, coral reefs and lagoons that are home to large populations of birds and manatees. These reserves are open and available for tours,