Where to buy property in Ghana 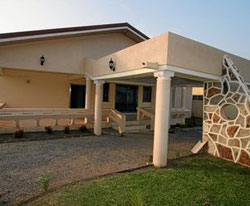 With its mud mosques and slave castles, its metropolitan capital and vast agricultural regions, Ghana is one of the most interesting countries to visit in West Africa. Its 24 million people belong to over 100 ethnic groups, but there is relatively little conflict among them.

Ghana is one of the better-performing African states, with one of the highest GDPs per capita in the continent. It is poised for more economic growth with the recent discovery of oil reserves in its offshore territory. Despite this, more than a quarter of Ghanaians still live below the poverty line. Agriculture is the country’s main industry, with the mining of precious metals and minerals a close second.

Ghana is sub-Saharan, situated just a few degrees north of the equator. The prime meridian cuts through it, so that it is part in the Eastern Hemisphere, part in the Western Hemisphere. The country is hot throughout the year, especially in March and April. The weather breaks in May, giving way to rains until June. August is an especially cool month, and rains get heavy again from September to October. It is particularly rainy in the south and south-west.

To its European colonizers, the land now known as Ghana was a source of precious minerals and manpower. The British called it the Gold Coast. The Portuguese built the first European fort in the territory and called it Elmina (The Mine). And for a time, large seaside forts and castles like Elmina were the last stop for countless men, women and children who were captured and brought to the Americas as slaves. Today, these places—some designated UNESCO World Heritage Sites—bear the sad echoes of the past in the dark silence of their dungeons and holding rooms. A large percentage of tourists to Ghana come to experience the ordeal their ancestors suffered as they passed through the “doors of no return” and boarded the ships that took them away from their homeland, their families and their freedom forever. 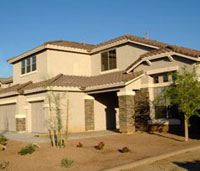 After the Gold Coast gained its independence from Britain in 1957, it officially became the Republic of Ghana. It was named after an old empire that extended throughout much of Africa.

Protected wetlands and glorious beaches dot Ghana’s lengthy Atlantic coastline, which makes way for forest lands, vast savannas and hilly regions as one goes up north. There are still some areas of protected rainforest in the southwest, and lions, leopards, and elephants roam in the wild. It is far from a paradise; Ghana’s fields and forests are threatened by overlogging, slash-and-burn agriculture and overgrazing. Industrial pollution from mining activities has harmed the soil. In the Northern Region, intertribal violence has cost thousands of lives over the years.

Yet Ghana is a relatively prosperous and well-run African  nation. It is now considered one of the best places for business and investment in Africa. It has a good educational system, and English remains Ghana’s official tongue, though over 250 languages and dialects are spoken throughout the country. With a few exceptions, the different groups of people that make up the Ghanaian population live in harmony, unlike in many other African nations. Despite the fact that the name Ghana means “warrior king,” the country is actually quite peaceful.

Ghana is divided into 10 administrative regions. In the cities, there are many modern homes are available for rent, especially in the capital, Accra.