Where to buy property in Gaziosmanpasa District, Turkey 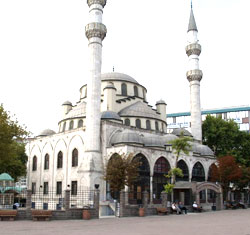 The Gaziosmanpaşa district is one of the most heavily populated areas in Istanbul. It is home to more than a million people who are living with inadequate social infrastructure.

Since the district is extremely large, its social landscape is quite diverse. The centre of Gaziosmanpaşa has many housing blocks and illegally built apartments occupied by the descendants of Balkans who immigrated here in the 1950s. The district outskirts and remote villages are dominated by migrants from Anatolia who came here in the 1970s. Unfortunately, overpopulation and poverty have resulted in a high crime rate. Many people even refer to the place as “Little Texas”.

Gaziosmanpaşa’s central area, Gaziosmanpaşa Merkez, has a pedestrian-friendly plaza, a mosque and a prominent shopping and entertainment area. The residences here include tall apartment blocks and large houses.