Where to buy property in Frunzensky District, Russia 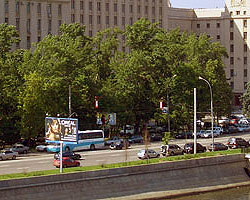 Frunzensky is one of the least accessible districts by public transportation in St Petersburg. Yet it is also one of the most densely populated. An additional Metro would go a long way to help residents and make it more attractive. Right now there is only one station, and the trains as well as the buses and trolleys are often packed with commuters.

Nearly a third of this area consists of green space, mostly found in southern Frunzenskogo. The residential areas are much cleaner than the industrial areas in the north.

There are plenty of old homes, though not always in good condition. Ligovskogo, a residential street in the industrial zone, boasts many homes built before 1917. Some of the buildings are now quite rundown, however. Stalinist-era buildings are mostly concentrated on Mginskoy and Strelbischenskoy streets. Many old houses can also be found in the south of Kupchino. More modern homes can be found on the Dimitrov and the Balkan Streets.