Where to buy property in Free State, South Africa 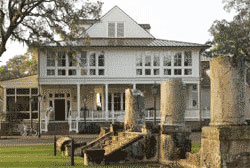 ‘The Free State landscape gladdens my heart, no matter what my mood. When I am here I feel that nothing can shut me in, that my thoughts can roam as far as the horizons.’ One look at The Free State’s harmonious landscape of mountains, rural farmlands, and golden fields, and you’ll immediately understand why Nelson Mandela was moved enough by this province’s scenic beauty to describe it the way he did.

Situated at the very heart of the country, the province is a flat, fertile plain between South Africa’s longest river, the Orange, and the Vaal River which flows through a picturesque green valley surrounded by willow trees. Its western and southern portions are partially arid, though the province experiences a generally comfortable continental climate. The agricultural industry is thriving, thanks to the favourable climate and the extremely fertile earth. The land is also rich in shale, mudstone, and sandstone, as well as bountiful gold and diamond deposits—one-third of South Africa’s gold is produced here, and its towns have become prosperous modern areas with their own shopping centres, hotels, restaurants, and parks.

There are many picturesque areas within the Free State, inspiring anyone to bask in the great outdoors and delight in the abundance of resources. The Central Free State is known as ‘The Golden Country’, not only because of the gold deposits that have become the province’s source of wealth, but also because of the fields of corn and sunflowers adorning the land.

There is definitely much to discover and explore in The Free State. Vredefort Dome is the oldest and largest meteor crater in the world, a two-billion-year-old crash site that has been named a UNESCO World Heritage Site. Gariep Dam, one of South Africa’s engineering gems, is a vast inland sea with a resort that has become popular for water sports, particularly river kayaking.

Reimland is a hilly region blessed with rich soil and abundant rainfall. Its fields yield an abundance of corn and wheat. It is also home to cattle and game farming. The city teems with public parks, art markets, museums, theatres, botanical gardens, zoos, memorials, monuments, excursions, and sporting grounds.

Bloemfontein is the provincial capital. Its name means ‘Fountain of Flowers’, and inspringtime the city is abloom with an unusual abundance of roses. Bloemfontein is also the country’s Judicial Capital, and the seat of the Supreme Court of Appeal.

Bloemfontein is the judicial capital of South Africa. Its its name means ‘Fountain of Flowers’, and it is known for its unusual abundance of roses. The city is a sight to behold during the spring, when the flowers are in bloom, and an annual rose festival is held here each October.

In 1910, Bloemfontein became South Africa’s Judicial Capital, and to this day remains the seat of the Supreme Court of Appeal. Bloemfontein is quite a simple, tranquil city. The promotion of family values, quality of life, and peaceful cultural co-existence is of paramount importance to the city’s local community, and it really shows in the city’s sturdy infrastructures, excellent medical care with modern, updated facilities and highly trained medical staff, and wholesome recreational areas and facilities that promote their culture.

Search for properties in South Africa