Where to buy property in Federal District, Brazil 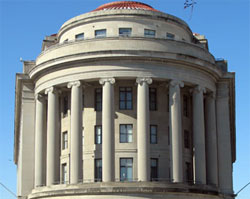 The Brazilian Federal District, located on the Central Plateau, has 20 municipalities, including Brazil’s new capital, Brasília. In the 1960s, part of Goiás was committed to the building of the city. Roads and railroads were built inland from the former federal capital of Rio de Janeiro, allowing the country’s interior region to flourish with settlers. A beautifully-planned metropolis, Brasília was the only city constructed in the 20th century to merit heritage status—the Cultural and Historic Patrimony of Humanity. Built in the shape of an airplane, the city’s wide boulevards and districts form the central axes and wings of the Pilot Plan by Lúcio Costa. Works of famed artists and architects surround Três Poderes Square among the edifices of Brazil’s political power: National Congress, Justiça Palace, Ministries Esplanade, Planalto Palace and Itamarary Palace.