Where to buy property in European Quarter, Belgium 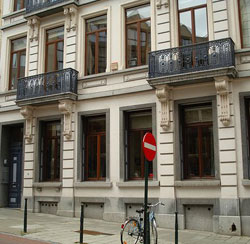 The Parc de Bruxelles is near the royal palace, the American embassy, and the Belgian parliament. Its pathways were laid out with Masonic symbolism in mind.

The Leopold Park is the smallest of the three parks bordering the European Quarter, and is adjacent to the Paul-Henri Spaak building, one of the five buildings that house the European Parliament. The park’s most distinctive feature is a pond fed by the Maalbeek, a stream surrounded by rare trees that were once part of a botanical garden. It is the watering hole of the many species of birds.