Where to buy property in Estacion Central, Chile 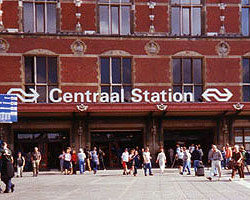 The district is named after Santiago's only surviving railway terminus, a splendid, French-style building made of iron and glass, with a high, wide roof topped with a clock. It has been declared a national monument. The neighbourhood of Estacion Central, in western Santiago, is centred around this landmark its presence slowly transformed the area from rural to suburban and commercial. It is still a major transportation hub, with 3 intercity bus terminals and a metro station as well as the central train station. There are almost always crowds here, especially during rush hour.

Estacion Central is a bustling place, with a colourful market and a shopping centre near the station. The University of Santiago and the Quinta Normal are in this area.