Where to buy property in Ecuador 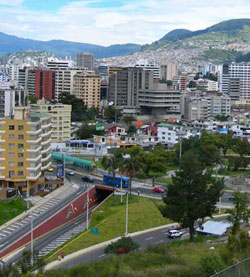 What’s in a name? Ecuador would know. It is not popularly credited with its best-known product, the Panama hat. Naturally, most people think it comes from Panama. But Ecuador gets it right where it counts: it is the country most people associate with the equator, even though the line goes through a wider area in Brazil and Colombia—and the Democratic Republic of the Congo, Kenya and Indonesia.

The country’s association with the line that divides the Earth into the northern and southern hemispheres is not just due to its name. In the 18th century, a French geodesic mission set forth to measure the equator and found it cutting through northern Ecuador. In the place where their measurements took place, the parish of San Antonio de Pichincha, there now stands Ecuador’s most famous landmark. The Mitad del Mundo is an imposing stone monument that marks latitude 0°. It is, indeed, the middle of the world.

Since at the time the country of Ecuador did not exist—the area was under Spanish control and was known as the Territory of Quito—the mission’s findings may have brought about the country’s name. And the name has paid off; it has defined the country’s identity and directed its economy (tourism is extremely important to Ecuador’s economy—and many tourists come here for the joy of straddling the equatorial line at San Antonio and being in two hemispheres at once).

The Andes mountain range runs down the middle of the country like a spine. With the invisible equatorial line going across Ecuador from east to west and the highly visible Andes bisecting it from north to south, it’s easy to think of the country as having four regions, but it is in fact officially divided into three: the coast (Costa), the Andes (Sierra) and the vast eastern region occupying the Amazon lowlands (El Oriente). Some, however, consider the Galápagos Islands off Ecuador’s coast the country’s fourth region.

Ecuador is a bird-watcher’s paradise. Its roller-coaster landscape of white-peaked volcanoes, fertile valleys, coastal plains and high páramos—treeless plateaus that are common in this part of the world—is the home of more species of birds than are to be found anywhere else on the planet.

Counted among these are the species living outside continental Ecuador, in the famed archipelago of the Galápagos. Created by a volcanic vent on the ocean floor, these Pacific islands have never been connected to a larger land mass. The animal species that populate them arrived by swimming or flying there; plants were brought to the islands by the wind and the waves. They all evolved in isolation. What Charles Darwin observed in the Galápagos led to his formulating one of the greatest and most fundamental ideas in history: the theory of evolution.

The country’s man-made attractions are no less marvelous; the solemn Inca ruins of Ingapirca and grand colonial churches and mansions of almost every Ecuadorian city are quite awe-inspiring.

Ecuador is not without its problems. The crime rate in most of its urban centres is high. Many of the country’s indigenous groups have long had to struggle for their rights. Poverty is rampant. The country’s wealthy are a small minority, and the economic gap is ever-widening between them and the vast majority living at or below the poverty line—a majority that has swelled in recent years when the 1999 economic crisis hit the country’s middle class hard. Today, 75% of the country’s population of 14 million is estimated to be living in poverty. 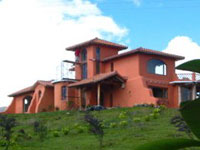 More than half of all Ecuadorians are mestizos (of mixed Amerindian and Spanish blood). Pureblood Amerindians make up 25% of the population, and the rest are Afro-Ecuadorians and criollos (white descendants of colonists). The Amerindians are divided into 12 groups. The largest of these are made up of the Quichuas, who live mostly in the Andes’ valleys and páramos. While many Ecuadorians embrace cultural pluralism with readiness and willingness, there are still many cultural clashes here that have yet to be resolved.

Ecuador’s capital, Quito, is one of the world’s great cities, the first to be named a UNESCO World Heritage Site. From the cobblestone streets and colonial Spanish churches of the historic Old Town to the dazzling skyscrapers of the Avenida Amazonas, from the hopping salsatecas of Mariscal Sucre to the scented tranquility of the Jardín Botánico inside the sprawling Parque La Carolina, the city is very much like Ecuador itself—there is always something to marvel at and enjoy.