Where to buy property in East Flanders, Belgium 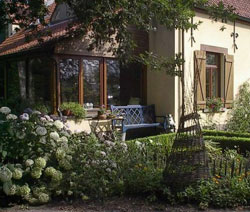 East Flanders is situated in a river basin and consists of lowlands, the coast, and reclaimed areas. There are 1.5 million people living in the 65 municipalities of its 6 arrondissementen. Its main industries are textiles, distribution industries and agriculture.

In the north, East Flanders is shot through with streams, rivers, and canals. The land is largely flat. In the southern part of the province, the Flemish Ardennes rise in a rustic area of villages and castles set in rolling hills, forests and fields. In the middle of the province is Ghent, the capital, widely known for its beauty and culture. 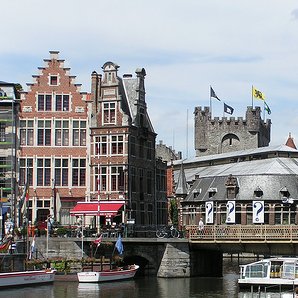 The capital of East Flanders is Ghent, an important port, the country’s flower capital, and widely acclaimed as the most beautiful city in Belgium.

The town centre is closed to cars, so visitors can explore on foot the sights of Belgium’s third largest city. One of the most famous attractions can be seen down its main street: the “three towers” of Ghent, comprised of the 900-year-old St. Nicholas Church, the similarly old St. Baaf Cathedral, and the 15th century Gothic Cloth Hall with its tall belfry, the Belfort. Textile merchants would store their wares and do business in the hall. The Belfort, topped by a gilt dragon, was a perfect symbol of the power of the city’s guilds (Ghent was built on the success of medieval Flemish merchants). It housed Ghent’s historic bells and the charters that listed the guilds’ various privileges.

In the middle of the city is the imposing Gravensteen, or the Castle of the Count, the residence in Ghent of the counts of Flanders. Its oldest sections are more than one thousand years old and a moat still surrounds it.

Ghent’s other castle is closed to the public and has been used as a seminary, a school, a fire station and a mental asylum over the years. This is the Gerard de Duivelsteen, or the Castle of Gerard the Devil, the home of a 13th century nobleman who was so evil and murderous that he earned his nickname as a child, when he beat his father to death—or so the legend says.

More medieval residences and Renaissance-era guild houses line the banks of the river Lys along the city’s two quays, the Graslei (“herb street”) and the Korenlei (“wheat street”), from which there is also a great view of Ghent’s three towers.

Today, Ghent is a busy college town. Every July the city holds the Ghent Celebrations, Europe’s biggest street theatre festival. During this ten-day festival, musicians and street performers from all over the world come to Ghent to put on outdoor shows, concerts and parades to honour the city. Ghent has perhaps a more sombre character than the equally beautiful and more tourist-friendly Bruges, another very well-preserved medieval city, but it is also colourful and friendly.

Ghent exports begonias and azaleas to the world, and the city proudly displays the blooms in the Gentse Floraliën, a flower show held every five years. In summer, Ghent’s flower growers arrange the blooms on the street into colourful carpets of flowers, a treat for the eyes. And every Sunday, there is a flower and bird market in Kouter Square.

The municipality of Aalst includes the city of Aalst and eight surrounding villages. It is a textile centre, while the more rural parts cultivate hops for breweries. The industrial areas are near the Dender River, which runs through the municipality. A ring road goes around the city.

Several historical buildings surround Aalst’s market square. There is also a daily flower market, the Bloemenveilingshal, near the ring road.

The city’s annual pre-Lent carnival, the three-day Vastenavod, is a major tourist draw. Many come to Aalst from Brussels via the major highway connecting the two urban centres to attend. Every carnival day begins with a procession of floats. On the second day the carousers follow this up by throwing onions into the crowd—Aalst is famous for its onions; the town’s inhabitants are even called ajuinen (onions). The third day is even wilder, with men in drag and women wearing beards revelling in the streets. The festival ends with a big party at night.

A few miles north of Aalst is Sint-Niklaas, the capital of the Waasland region. The municipality consists of Aalst city and the old communities of Belsele, Nieuwkerken-Waas, and Sinaai.

Belgium’s largest Grote Markt, or market square, is in Sint-Niklaas. The city has been named Flanders’ most pedestrian-friendly city due in part to this wide and beautiful place, perfect for strolling around in. The Town Hall on one side of the 3-hectare square is known for its 35-bell carillon.

Every September, the town holds an international hot-air balloon festival. The balloons set off from the Grote Markt and land back there, then go up again with new passengers. Those not going on the rides still enjoy the spectacle of dozens of colourful balloons of varying shapes and sizes, on the ground and overhead.