Where to buy property in District XV, Hungary 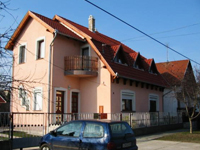 District XV was largely developed in the early 1900s by the Hungarian State Railways (the M�V), for its railwaymen, who it housed in elegant but uniform Art Deco apartments. The suburb has narrow streets, nice buildings and rich gardens.

R�kospalota is a pleasant area, with a typical market-town look and feel from the end of the century. Numerous old peasant houses can still be found here. It also has some great old buildings: a Girl's College from the start of the 20th century, Liva-malom; a mill from the 18th century; the Old Museum and the Old Catholic Chapel from 1735.

Pest�jhely is much like R�kospalota as at one point, the two were considered one area. Today it is a small neighborhood, with a peaceful market-village feel.

�jpalota is a relatively new area. It has become one of Budapest's biggest residential areas, with nearly 16,000 flats.� There's a large Chinese shopping plaza here, the biggest in Hungary, as well as an Asia Center, on the bank of the Szilas Brook.