Where to buy property in District I, Hungary 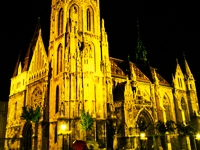 Buda Castle takes up much of District 1 (prime area), so it is also known as "Castle District" (V�rnegyed). Dating back to the 13th century, District 1 is one of the oldest in Budapest, with grassy hillsides, medieval walls and cobbled streets.

Castle District represents the core of the ancient town, and the area has some of the country's most important historical monuments. And although in the 800 years since its foundation it has been hit by virtually every possible disaster - earthquake, fire, siege and world war - its beauty continues to shine through.

On entering the quarter visitors often feel that they have travelled back in time, to a completely different, calmer age. But in fact, the area has been reconstructed numerous times. The first time it was destroyed was when the the Austrian Habsburgs took back the area from the Turks in 1686. The reconstruction that followed was patterned after the original medieval layout, and the area became a government district. In the 18th century, it began to take on the elegant baroque atmosphere seen today. Though destroyed yet again in the battles that took place in 1944-1945, it was restored shortly after to its "original" glory.

Found here beside the Danube River are: the Citadel (Citadella) on Gellert Hill (Gell�rthegy), St. Matthias Church (M�ty�s templom), the Royal Palace and the Fisherman's Bastion, which offers a breathtaking panorama view of the city.

One of the most notable buildings is the 700-year-old Matthias Church, in Szenth�roms�g (Holy Trinity) Square. Over the course of centuries the church has been the scene of many coronations. It served as a mosque from 1541, before being re-consecrated. Inside, the earthly remains of King B�la III and his wife lie in a carved sarcophagus. Matthias Church has a rich collection of ecclesiastical art.

Fishermen's Bastion was built in neo-Romanesque style on the foundations of the medieval castle walls; it affords a superb viewpoint over the city. Right alongside, and happily alloying the old with the new, stands the luxury Hilton Hotel, built over 25 years ago. The hotel courtyard encompasses the cloister of a medieval monastery, inside which are the remains of an ancient church; theatrical performances are held here each summer.

One of the biggest attractions here is the Royal Palace (Kir�lyi Palota), which gave the area its name. Like the area itself, the castle was destroyed and rebuilt numerous of times over the centuries. It was built by the 13th century's King B�la IV. The originally gothic palace continued to expand over the next 300 years. It was completely destroyed when Hapsburgs liberated Buda from the Turks. The Hapsburgs built a small baroque palace on top of the old castle foundation, but this was damaged again during the so-called War of independence in 1848-1849. The reconstructions make the castle interesting, as it mixes numerous architectural styles such as baroque, gothic and renaissance. Housed in this palace complex are the Budapest History Museum, Hungarian National Gallery, the Contemporary Art Museum and the National Sz�chenyi Library.

Private cars from outside are banned here. Only those living or working in the area, guests of the luxurious Hilton Hotel, the V�rbusz and taxis, have permission to drive here.

Underneath Castle Hill there is labyrinth of caves, cellars and tunnels about 10 kilometres long, of which only 1.5 km are open to the public. Excavated during the Middle Ages, thousands lived down here during World War II.

The north slope of Gell�rt Hills is known as Tab�n. Once inhabited with pubs and inns, it is now home to the Aranyszarvas Restaurant, popular for its delectable game dishes. In winter, Gell�rt Hills are full of bundled-up children sledding down its snowy slopes. During summer, the area becomes a popular venue for folk and rock concerts. The elegant Gell�rt Hotel sits at the foot of the Gell�rt Hills, by the bank of the Danube.

Connected to the hotel are the Gell�rt Thermal Baths. A large spa complex built in art nouveau style, its facilities include an indoor and outdoor swimming pool, steam baths, sauas, thermal pools and numerous massage services. There are decks for nude sunbathing.

Budapest's downtown is accessible from this district, and numerous businesses use the district's old buildings. It is a popular tourist spot, so prices in the area relatively expensive, despite limited public transport.

Find properties for sale in District I, Hungary