Where to buy property in Delta Amacuro, Venezuela 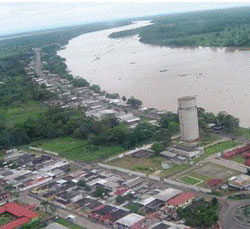 When it comes to natural wonders, there is little that differentiates Delta Amacuro from most of the other Venezuelan states. It has natural parks that traverse lush tropical forests, flowing rivers and even little islands where hundreds of exotic birds and mammals dwell. What truly sets it apart are the distinct ethnic groups that live here, particularly the Warao. The Warao have a language all their own, not related to any other language in the world. They live mostly on the Orinoco’s delta right among the thick mangroves. The moriche palm is their tree of life, and most of their handicrafts and some of their dishes are made from it.

Delta Amacuro is thinly populated, but its capital city, Tucupita, is experiencing a rapid influx of Venezuelans from other regions. The oil boom began here in 1933 and continued well into the 1960s. Today an oil refinery operates and many locals and migrants are working in odd jobs in the oil and gas fields. In other areas, fishing and agribusiness are the main source of income.

The state has no extensive road network and the river serves as the highway. The Warao, the navigability of Orinoco’s pipes and arms, and the rich ecosystem are what draw tourists here. Unfortunately, tourism is badly controlled, and the region is under environmental pressure.