Where to buy property in Daugavpils District, Latvia 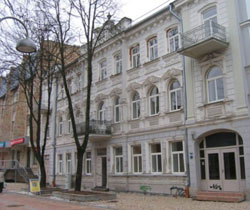 The Daugavpils District lies in the historic Latgale region, and shares national borders with Belarus and Lithuania. The district is made up of two cities and 21 parishes. Most of the district's land area lies below sea-level; a handful of mountains make up all the high land. The Daugava River flows in a long series of loops throughout the district before flowing into the Baltic Sea. The river has divided the area into two parts that are politically and culturally distinct: Latgale, to the right of the Daugava, and Augšzeme, to the left.

The district centre is the city of Daugavpils. It is a large industrialized city, yet its surroundings are rich in lakes and nature parks. Its historical centre is the Dinaburg Fortress (now the Daugavpils Fortress) that was still under construction when Napoleon attacked Russia in 1812. Daugavpils town centre, with its red-brick buildings, still looks a lot like it did when it was built 200 years ago.