Where to buy property in Corsica, France 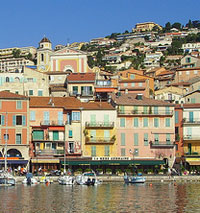 Corsica is an island separated by Ligurian Sea from mainland France, and located close to Italy. Yet it is acknowledged as being a part of Metropolitan France. Corsica is technically a "territorial collectivity" of France, which offers it some greater powers than a region. But Corsica is nevertheless considered one of the 26 regions of France, and is generally listed as such along with the others.

Corsica is notable for being the historic birthplace of Napoleon Bonaparte, and the location of his ancestral home, Casa Buonaparte, which lies preserved to this day. Ajaccio, the town where Napoleon was born, is now the regional capital.

Corsica has a Mediterranean climate with hot summers and mild winters. The beaches are beautiful and the seas are warm, making the island an attractive tourist destination. Diving and other water sports can be enjoyed in its clear and lovely waters.

The regional capital, Ajaccio, lies on the west coast of Corsica. The historic part of the city is quite charming, with a picturesque harbor, the old citadels of Quai de la Citadelle and Jettée de la Citadelle, an attractive Renaissance-style cathedral, a pebbled beach, and a port for fishing and sailing.