Where to buy property in Chandigarh, India 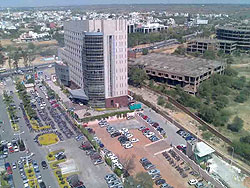 Its critics say the architecture is dull, and the modern concrete forms depressing. The result was unhappily at odds with Indian conditions, where 70% of the economy was still agricultural. No provision was made for society's informal sectors, and significantly, the construction workers who built the city were underpaid, unhoused, and uncared for.

Today nearly a third of the city's 700,000 inhabitants now live or work in slums, reflecting the fact that no provision was made for people of average incomes. The ideal citizen seems to be a VIP driving through empty streets, arriving in a luxury assembly building, in a chauffeur-driven limousine.