Where to buy property in Centro Downtown, Brazil 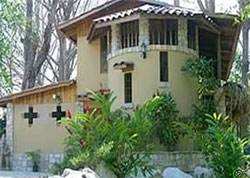 In Centro are the National Library, the Municipal Theatre, and churches such as the modern Rio de Janeiro Cathedral. From the centre, a tram or bondinho cuts through the Arcos da Lapa, an old Romanesque aqueduct, and rolls through neighbouring Santa Teresa. A lovely 18th century garden, the Passeio Público, is a favourite afternoon haunt among both locals and tourists. When night falls, Lapa in Centro is the place to be. Old buildings, now transformed into bars and restaurants, pulsate with Brazilian music—forró, choro, and samba.

Downtown is Rio’s chief financial district. Brazil’s largest corporations, including Petrobras and Vale, have head offices in the Central Zone.

Santa Teresa is a graceful borough built on a hill with spectacular views of Guanabara Bay. Many of the old houses here were abandoned behind when Copacabana and Ipanema became more popular places to be seen in, and the neighborhood has become a unique artists’ community in recent years. Santa Teresa’s restaurants, bars, and boutiques all add to its bohemian atmosphere, prompting people to call it the Montmartre of Rio. Though the hill itself is surrounded by shanty towns, the areas around Centro, near shops, restaurants, and a cinema, are prime choices for property buyers.

High up on the hill stands the Parque das Ruínas, once the Palacete Murtinho Nobre, home to the socialite Laurinda Santos Lobo. She hosted fabulous soirées for Rio’s high society in the early 20th century, setting the cultural trend in Santa Teresa for decades.

Charming 19th century tram cars often traverse the narrow streets of Santa Teresa. The cars begin downtown and cross the Lapa Arches, then ramble up and down the sloped tracks through the district. The ride passes old castles and houses, studios, restaurants, and art shops. The route pauses at the Museu do Bonde, which exhibits interesting replicas of trams and information about the history of tram cars.

Several fascinating works of architecture line the bonde route. At Almirante Alexandrino Street there is Casa Novio, a house modelled after a ship’s deck. Nearby is the neo-Romantic 19th century fortress Castelo de Valentim, now an apartment building.

Modern art by some of the world’s greatest artists can be viewed in the Museu Chácara do Céu. Displayed here are works by Picasso, Dali, Guinard, and Matisse, as well as engravings and paintings of 19th century Brazil by Taunay and Debret.

In the heart of the district on Largo dos Guimarães is a culinary mish-mash of restaurants and bars: Sobrenatural serves seafood; Bar do Arnaudo, northeastern cuisine. When the tracks end at Largo das Neves, another array of menus greets the urban gourmand: Santa Saideira’s shrimp pastries, Bar do Goyabeira’s Portuguese caldo verde, and Café das Neves’s sandwiches.