Where to buy property in Central Highlands, Vietnam 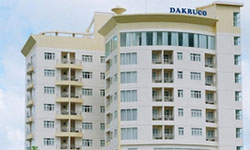 The Central Highlands region has slowly been attracting more and more visitors over the last decade. The area has some wonderful natural sites for the adventure-seeking explorer. Virgin forests and majestic waterfalls are peaceful backdrops to areas that still quietly nurse painful memories of the past wars.

The temperature in the Central Highlands is much cooler than the country’s southern regions. February to April is the dry season. Dust and haze are common around this time. July to August is the wet season. Some areas are prone to flash floods. The best time here is between November and January when the rain is minimal, the weather is pleasant and the landscape is lush.

Buon Ma Thuot is a place of interest in the region. Tours of the city, surrounding villages and nearby Yok Don National Park are popular excursions for visitors. Waterfalls, folk shows and elephant rides are some of the exciting things that can be experienced on these tours.

The Central Highlands is home to a number of ethnic minority groups, especially around Da Lat, Kon Tum, Buon Ma and Plei Ku. In Plei Ku, there are ethnic minority villages that can be visited. Day-long treks can be taken to visit four of the nearby Banhar villages. Plei Ku offers a good city tour for visitors who are interested in historical wars. Plei Ku is most known for the Viet Cong attack on the US Airbase that was once stationed here. Trekking is best done to reach remote villages in places such as Kon Tum.

Lam Dong is located in the Central Highlands (Tay Nguyen) of Vietnam. It is the highest and largest plateau province in the region. It enjoys a cool climate, and has beautiful scenery of thick pine forests, hills, falls, and lakes. Lam Dong and the rest of the Central Highlands are largely agricultural, and the southern lowlands are cultivated with coffee and tea plantations, vegetables and fruits.

Da Lat is Lam Dong’s capital. The town is very attractive and is the main source of beautiful blossoms in Vietnam. Historically it was used as a French retreat, and there are still many colonial villas in the city. 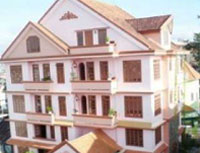 Da Lat City, known as the “City of Flowers” and a honeymooners’ paradise, is the capital of Lam Dong province in the Central Highlands. Pine forests cover its hills. Its pleasant climate and wonderful scenery lured the French colonials to make the city their summer retreat. Da Lat continues to attract international tourists and holidaymakers from nearby Ho Chi Minh City.


The beautiful man-made Xuan Huong Lake dominates Da Lat City. Its calm waters are disturbed only by locals occasionally paddling on a boat or fishing. The tranquillity of the place appeals to honeymooners as they stroll along the banks or check out the surrounding cafés and restaurants. The lake looks particularly breathtaking at sunset when the sky turns to shades of blue, purple, and orange, and at night when the city lights up.

Other attractions in the city are the world-class Dalat Palace Golf Course, originally built in the colonial era, and the summer retreat of the Emperor Bao Dai, last emperor of Vietnam. It has 25 villa rooms and 1930s art deco interiors.

The downtown area of Da Lat City, Lam Dong, is in the city centre a few steps away from the central market (morning market) filled with fresh fruits, vegetables, and flowers. This is a great place to mingle with ethnic minorities. Downtown Da Lat is close to the man-made Xuan Huong Lake, where people stroll, paddle on a boat, fish, or harvest snails. French colonial villas, cafés, and restaurants surround the lake.

Many fully serviced hotels and accommodations can be found in Downtown Da Lat. One such compound is the Anna Mandara Villas situated in what used to be the Bellevue Quarter. It has 15 villas, a restaurant and a spa.