Where to buy property in Central Federal District, Russia 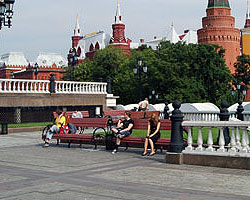 The Central Federal District in the extreme west of Russia is referred to as central due to its historical and political importance. This is where Moscow is. One of the smallest districts in terms of land area, it is also the wealthiest.

A little over a quarter of Russia's entire population lives in this district, most of them in its 40 large cities.

Prosperous as it is, the Central Federal District has great economic discrepancy among its divisions. Belgorod, Yaroslavl, Lipetsk, and Moscow are all economically strong regions. But there are even more on the opposite end of the scale. Bryansk, Ivanovo, Kaluga, Kostroma, Kursk, Tver, and Vladimir are all impoverished regions.