Where to buy property in Canovanas, Puerto Rico 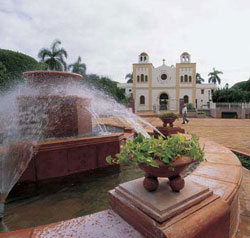 The municipality of Canóvanas (a prime area) is part of the San Juan-Caguas-Guaynabo Metropolitan Statistical Area. Downtown Canóvanas Pueblo is the administrative centre.

Canóvanas was named after an Indian chief, or cacique, and it is still known as the City of Indians, with a large Indian and African communities. In the Plaza de Recreo Juan Francisco Arroyo, there is a statue of the chief in honour of his efforts to help the Taino people. Another historic sight in Canovanas is Puente Villarán, a well-preserved bridge built during colonial times just outside town.

One of the fastest growing cities in Puerto Rico in terms of economy and population, Canóvanas has large commercial areas along the PR-3 Highway which runs from San Juan to the coast. These areas have supermarkets, shops, restaurants, bars, gas stations, auto repair shops, pharmacies, and other establishments. It also has an industrial zone where the manufacturing plants of major pharmaceutical companies are based. Private and public developments are currently under construction in the area, including several upmarket residential areas.

Canóvanas is also known as La Ciudad de los Carreras, as it has Puerto Rico’s only racetrack. The Hipodromo El Camarero is also the largest and most modern one in the Caribbean region.

The city is a pioneer in the field of agrotourism, a form of ecotourism in which tourists experience local agricultural life, in this case in nearby farmlands and haciendas. La Casa Floriham is an agriculturally-themed hotel, only the second of its kind in Puerto Rico.