Where to buy property in Borsod-Abauj-Zemplen, Hungary 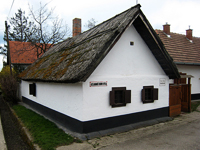 Borsod-Aba�j-Zempl�n is the second largest county in Hungary both by population (after Pest County) and by area (after B�cs-Kiskun). The county's capital, Miskolc, is Hungary's third largest city.

Borsod-Aba�j-Zempl�n is geographically diverse. The north is full of peaks and valleys, while the south is flat, and meets the Great Hungarian Plain. There are sprawling fields with rolling hills and soft slopes, as well as jagged ravines tumbling into dense forests, smattered with majestic waterfalls.

The county has the lowest average temperature in Hungary, with a record low of -35�C achieved in February 1940. �Alas, Borsod-Aba�j-Zempl�n also has Hungary's highest humidity.

The rivers Bodrog and Tisza, although insignificant as a means of transportation, promote active water tourism, as do the lakes near Miskolc. The area has numerous baths and spas. Note the Miskolctapolca Cave Bath, where natural water baths are found in cave pools.

Borsod-Aba�j-Zempl�n is a wine region. The Tokaj-hegyalja area is a vinicultural must-see; a tour of the area's cool cellars will not easily be forgotten by the bibulous. And B�kkalja, at the foot of the B�kk hills, is a wine region so famous that it is even mentioned in Hungary's national anthem.

Castles belonging to the R�k�czi family are found here (the county used to belong to them). �The Szerencs and S�rospatak castles, while much in need of repair, are both Renaissance architectural beauties.

The Castle of Di�sgy'r in the capital Miskolc is the only castle past queens have actually resided in; its ruins sit on a rocky hill overlooking the Szinva brook. �

Miskolc has the earliest industrial monument in Hungary - the 18th century Old Foundry. The Holy Trinity Greek Orthodox Church is also here, a splendid baroque church, with the largest iconostases in Europe.

Outside the capital, stop by Lillaf�red city, for its beautiful secessionist building, the Palotasz�ll� (The Palace Hotel). An operating three-star hotel, it offers a wonderful view of Lake H�mor and Szinva valley. Built in 1927, it imitates the hunting residences of King Matthias' era. The area around the hotel is also beautiful. There are old trees, manicured lawns embellished with colorful flower beds, as well the largest waterfall in Hungary. The hotel is a venue for exhibits and classical performances.