Where to buy property in Bavaria, Germany 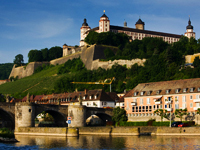 Bavaria is the biggest of Germany's federal states, extending to the Alps. It is culturally very similar to neighbouring Austria. The clich� of Bavaria is that it is a land of Lederhosen, sausages, and beer. While its culture is considered typically German, it is actually culturally distinct from the rest of Germany.

It is also a land of lofty peaks, rolling hills, and fairytale castles and lakes. With its romantic scenery, it is one of the most popular tourist destinations in Germany. Its capital, Munich, is known for its lively Oktoberfest beer festival, which is extremely popular with visitors as well as locals. It is also known for its numerous spas and cultural attractions.

Most Bavarians are Catholics and very conservative. Cosmopolitan Munich, however, is a relatively liberal city.