Where to buy property in Bahia, Brazil 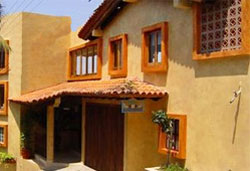 The northeastern state of Bahia has a long Atlantic coastline and a good chunk of the lush, tropical Atlantic Forest, but for many people the name of the state is associated with Brazilian art, literature, dance and especially music. The rich, evocative samba, the music of Brazil, originated from Bahia. Combined with the state’s glorious, sunny beaches and the warmth of its people, Bahia has become one of Brazil’s top tourist destinations.

Bahia is also an important place in Brazilian history. It was the first Portuguese colony, and the capital of Bahia, Salvador, was the site of the first European settlement in the country. It was Brazil’s first capital and its third largest metropolitan area. It is rich in history and culture. In Pelourinho, Salvador’s historical centre, fine mansions of sugarcane plantation lords vie with Baroque cathedrals of the 18th and 19th century.