Where to buy property in Atlantic Seaboard, South Africa 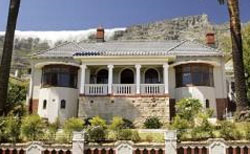 The beautiful coastline of the Atlantic Seaboard (a prime area) is known as Cape Town’s Riviera. From the Victoria and Alfred Waterfront on the north shore of Table Mountain, it stretches all the way down to Hout Bay along the west side of the peninsula. This part of the coast is fast becoming an expensive property hot spot. Scenic drives lead to picturesque residential suburbs where villas, guesthouses, and luxurious dwellings abound. This tony neighbourhood treats its residents to magnificent views of the Atlantic Ocean on one side and the majestic peaks of Lion’s Head and the Twelve Apostles on the other. The sunset is also particularly beautiful when seen from this part of town, and some fine beaches in the area are popular hideaways during the scorching summers.

Situated along a rocky coastline along the slopes of the Lion’s Head (the eroded core of an ancient volcano), Bantry Bay provides stunning views of crashing waves and beautiful sunsets over the Atlantic Ocean. Bantry Bay is one of the most exclusive suburbs on the Atlantic Seaboard.

Bantry Bay has a great location—the popular and heavily populated suburb of Sea Point, the V&A Waterfront, the City Bowl, Camps Bay, and Table Mountain are only a few minutes away from here. The suburb doesn’t have a beach of its own, but it’s an easy stroll to reach Clifton’s posh beaches and Saunders Rocks at Sea Point. Since it’s so near everything, Bantry Bay is one of the best bases to begin exploring Cape Town.

The contemporary-designed apartments lining Bantry Bay’s seafront are the closest to the ocean you can get in Cape Town.

One of Cape Town’s most fashionable and popular suburbs, Camps Bay is all about spectacular vistas, the beach, and all the fun that comes along with it. This affluent suburb is on the coast, flanked on either side by the Lion’s Head and the Twelve Apostles Mountain Range.

Sunsets along the long stretch of white sand framed by palm trees are straight out of a postcard. The waters along Camps Bay’s beaches are usually calm, protected from strong winds by the mountains, and great forswimming, though they can still get cold. The beaches are definitely family-friendly.

This suburb’s chic cosmopolitan character really shines through in the boulevard running the length of the beachfront, lined with cafés, bistros, and Mediterranean restaurants. At night, the city’s trendy set comes out to party.

Camps Bay is also situated close to Clifton’s four beaches. If hanging out in the city’s more your thing, the nearby Table Mountain cableway can take you the city centre where you’ll find an assortment of shops and restaurants down the bohemian Long Street, Kloof Street, and the myriad of museums and galleries around the area.

Residential areas are affluent and known for high property values. Development only began a few decades back, though the deluxe apartments and other high-end accommodations are already very popular.

Another one of the seaboard’s most desirable suburbs is Fresnaye. Set high along the slopes of Lion’s Head and protected from the notorious southeasterly winds, it easily accessible from Cape Town. Fresnaye has some of the most expensive real estate along the Atlantic Seaboard.

The French-named streets make up an affluent neighbourhood where residents enjoy magnificent views over the Atlantic Ocean, Table Bay, and Robben Island. Fresnaye’s location also makes it an ideal base to explore the nearby city centre, V & A Waterfront, and the shops and bars lining Sea Point’s Main Road. Clifton and Camps Bay’s popular beaches are only a short walk away from Fresnaye.

Certainly one of the most glamourous suburbs along the seaboard, Clifton has four beaches with slightly chilly waters and pristine white sands. Parking is quite a nuisance, so it’s important to get there early to find a parking spot down the road. From the road, the beaches are accessible via flights of stairs leading down to the sand. There are lots of snack kiosks and umbrella and deck chair rental stations.

Separated by stretches of granite boulders, each beach has its own personality, despite their unimaginative names. First Beach is the largest and has the strongest surf, and is very popular with surfers and other watersport enthusiasts. Second Beach has a very lively atmosphere, and is the most happening spot in Clifton on summer nights when fire dancers, capoeira players, and African drum bands engage guests in beachside partying. Third Beach is where most families go, and where all the beach volleyball competitions are usually held. Fourth Beach is in a league of its own. It has been granted Blue Flag status for its superb amenities and eco-friendliness, and is mostly populated by the jetset crowd.

Residential areas in Clifton, particularly the bungalows built above First and Second Beaches, are highly sought after, despite the fact that they’re only accessible via staircases. Clifton doesn’t have a lot of shops and restaurants and offers virtually no nightlife, so the crowds usually head to nearby Camps Bay when the sun goes down.

There are only three ways to get to Hout Bay: the Chapman’s Peak toll road, the route from Suikerbossie Hill to Llandudno, and the route that leads to the Constantia Valley. Its relative inaccessibility, despite its proximity to the city centre, has caused residents to call it ‘The Republic of Hout Bay’.

This suburb used to be a fishing village, and it has managed to keep its quaint harbour character despite substantial development. Hout Bay’s sandy beaches are situated against a picturesque, mountainous backdrop, and most weekends you’ll find visiting Capetonians snacking on fish and chips and enjoying the relaxing scenery.

Hout Bay’s beaches are also popular with surfers. Known as Dungeons to the surfing community, Hout Bay is known to be one of the world’s 16 big wave spots. Hiking and cycling around the nearby mountains are also quite popular. Hout Bay’s great tourism draws also mean that there are lots of restaurants and hotels in the area.

Though residential areas are generally upmarket and exclusive, there are also some slum areas in Hout Bay, such as Imizamo Yethu. The Hout Bay Community has formed a neighbourhood watch group to tackle the problem of crime.

Situated in an extremely scenic location between the historic Robben Island and Table Mountain, the V&A Waterfront’s busy harbour area is South Africa’s most visited destination. Restaurants, shops, hotels, pubs, theatres, museums, office buildings, and even luxury apartments by the residential marina—the V&A Waterfront has them all.

The two harbour basins the area was named for began construction in 1860, with Queen Victoria’s son, Prince Alfred, tipping over the first stones of the breakwater. Another basin was built and named in honour of the Queen as the discovery of gold and diamonds in the country brought a flurry of activity to the seafront. To this day, the Waterfront has kept its Victorian-era industrial architecture and evokes the days of early steam engine travel. There are also some beautifully preserved heritage buildings still standing.

The Waterfront began to decline in the 1970s, when containerization became a more popular means of cargo transport and the Suez Canal was reopened, but have been
recently restored.

The Waterfront is very much steeped in history, and has many important attractions that should not to be missed: the reddish, rather oddly shaped Gothic-style Clock Tower; the newly excavated 18th century Chavonnes Battery, built by the Dutch East India Company; the Time Ball, a signaling device used by shipmasters to correct their chronometres, now restored and re-commissioned; and a living attraction in the form of a colony of Cape fur seals, which can be seen sunning themselves on old tyres near the quayside, near the original Bertie’s Landing Restaurant by the Clock Tower Precinct.