Where to buy property in Antofagasta, Chile 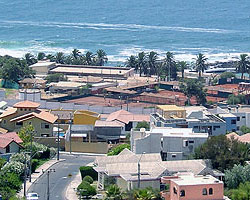 The Antofagasta Region has two distinct areas: the coastal region and the highland plateau. "Mining specifically, silver, saltpeter and most of all copper" is its primary industry, and it has two of the world's largest and richest mines, including the famous La Escondida copper mine. Part of the Atacama Desert is in this region, which for most part has a desert climate. The Loa River runs through it.

Antofagasta consists of three provinces: Antofagasta, El Loa and Tocopilla. The latter province supplies electricity to much of the region. More than half of the economy derives from mining; the rest is from fishing and manufacturing. Antofagasta is not a large tourist draw by Chilean measures, but it has a lot of interesting sights, including a field of geysers near Antofagasta City.

There are also some fascinating historic sites. Chacabuco, now a ghost town, was once a settlement centred on the saltpeter works in the area, and was later used as a concentration camp during the military regime.

Like its northern neighbour Tarapaca, Antofagasta was annexed by Chile after the Saltpeter War.