Where to buy property in Russia 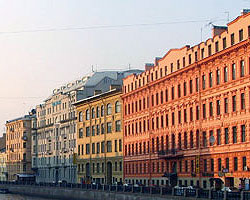 From behind the Iron Curtain, Russia has emerged in the last two decades richer, stronger, and more confident, but also in some respects worryingly repressive and xenophobic. At the same time, contemporary Russia is rediscovering its past heritage, represented most obviously by the imposing stone churches and colourful onion-domed palaces which stand out in its spacious cities. There has been a resurgence in arts and literature in the land of Tolstoy and Dostoevsky and its markets are more vibrant than ever.

Though its grandly imperial, heavily industrial cities Moscow and St. Petersburg are its most renowned sites, the land Churchill described as a riddle wrapped in a mystery inside an enigma has many hidden treasures, from the award-winning vineyards on the shores of the Black Sea to the sloping streets, busy piers and Chinese restaurants of Russia's San Francisco, Vladivostok, to the lost geysers of remote Kamchatka.

Nearly 80% of the country's population of 142 million are ethnic Russians, with the rest belonging to the many groups that have contributed to Russia's rich and complicated history: Tatars, Chechens, Ukrainians, Azerbaijanis, Kazakhs, Yakuts, Georgians, Ossetians and many more.

Russia boasts great natural beauty. It is the largest country in the world, its vast landscape home to the world's biggest freshwater lake, Europe's longest river, and many proud mountains and fearsome volcanoes. Its thick forests, meandering rivers and inland seas teem with life: endangered Caucasian wolves in southeastern Russia; sturgeon, fished for their prize beluga caviar, in the Caspian, Black and Adriatic Seas; and the great Russian brown bear, symbol of the country - first of imperial might, then of Soviet domination, and now of the country's major political party, United Russia - in the boreal forests of the north.

Russia is so large it straddles continents - the Ural Mountains have long been considered the natural division between European Russia to the west and Asian Russia to the east. Its landscape varies greatly and includes Arctic tundra, forest tundra, forests, forest-steppe, and semi-desert areas. Most of Russia, however, consists of far-reaching plains. There are mountain ranges mainly to the south and to the east.

Known as a land of snow and ice, Russia actually has quite a varied climate due to its vastness. For instance, the average January temperature of its Western European zone is minus 5 degrees Celsius, while it is minus 40 to 50 degrees Celsius in Eastern Yakutia. In July, Siberia's average temperature is only 1 degree while it is about 25 degrees in the Cis-Caspian lowlands.

Russia is now a federation consisting of 83 federal subjects divided amongst 7 federal districts.