Where to buy property in Italy 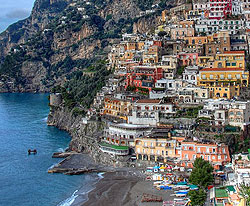 Italy is a land endowed with a long and rich history. It has been the cradle of great civilisations, including the Etruscans and the Romans, whose empire shaped the course of Western history like no other before it.

Italy has made unparalleled contributions to world culture, giving birth to the Renaissance and fostering many of the greatest artists ever known. Michelangelo, Raphael, Leonardo da Vinci, Brunelleschi, and Botticelli are just a few of the illustrious artists who were born and worked in Italy. Even Italian cuisine has had a profound global influence.

Famously shaped like a boot, Italy is also a country of stunning geophysical contrasts, from the warm Mediterranean island of Sicily to the mountainous northern Italian regions that have an Alpine climate.

Italy became a united nation only in 1861; for many centuries, it was occupied by rival cultures, kingdoms, and city-states that were independent of each other.

The Etruscan civilization was the first significant culture to dominate Italy, arising in it around 800 BC. The Etruscans left their greatest mark in northern Lazio and Tuscany, where many of their ancient ruins still remain. Rome was founded within Etruscan territory and was strongly influenced by its culture. By 500 BC, however, the Roman civilization had eclipsed the Etruscans. Meanwhile, the ancient Greeks had established colonies in southern Italy and the island of Sicily. 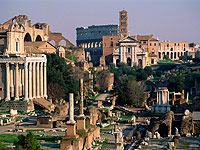 But the civilization most associated with Italy is that of Rome. Founded sometime in the 8th century BC, Rome was a kingdom and then a Republic, rising in dominance through the military successes of its commanders ("imperators," hence the later term "emperor") Sulla and Julius Caesar. After the death of Julius Caesar, his adopted son Augustus rose to become the first Roman emperor. The Augustan Age, the time of his rule that lasted from 27 BC to AD 14, was a great period of peace and prosperity for the Roman Empire. Its power and influence held sway over nearly the entire Mediterranean region, as well as Gaul (present-day France) and Celtic Britain, and a large swath of eastern Europe. Although Augustus was succeeded by emperors of varying degrees of competence (and sanity), the Roman Empire remained powerful for several centuries. In the Third Century, however, it was wracked by a series of crises, which caused the emperor Diocletian to split the empire into eastern and western halves-although they would be briefly united under the rule of a few strong emperors. The last to rule a united empire was Theodosius I (379-395).

In 410, the conqueror Alaric with his Visigoth army entered and sacked Rome. By 493, Italy was part of the Ostrogothic Kingdom under Theodoric the Great. This period of barbarian invasion and rule is usually considered the time of the decline of the Roman Empire. The Ostrogothic Kingdom itself fell in the 5th century, and following the period of the Gothic Wars, Italy was carved up into many disparate kingdoms, occupied territories, and independent city-states.

The Lombards of Germany conquered much of northern Italy (where the present-day region of Lombardy is named for them). Other occupiers of various parts of Italy included the Arabs, the Norman, the Savoys, the Bourbons, and the Hapsburgs-whose dynasty produced numerous Holy Roman Emperors. Italian unification, long thought an impossibility, started becoming a reality in 1815. By the end of the Franco-Prussian War in 1871, Italian unification was practically complete.

Modern Italy 's various regions and cities offer a wide contrast of cultures, lifestyles, and even languages. Sicilians and Sardinians hang on to their traditional cultural identities and languages. The fashionable, business-minded Milanese are different from the cosily friendly yet mercurial folk of Rome. In some ways, Italy remains far from being united, and that is part of what makes it such a fascinating country.