Where to buy property in 21st District, Austria 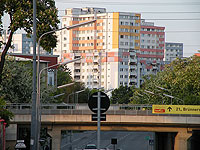 The 21st District, Floridsdorf, and its neighboring district of Donaustadt together make up the area known as Transdanubien (across the Danube), since it is situated on the east bank of the river. The second largest district in Vienna, Floridsdorf is a former agricultural area that became heavily industrialized in the 19th century. Parts of the district are devoted to manufacturing and industry. But it also offers a wide variety of fairly low-price residences, which range from terraced houses and late 19th-century maisonettes to large-scale modern apartment complexes.

Floridsdorf is not a bad option if you are looking for an urban area that allows for outdoor pursuits; it is located close to the Niedersterreich countryside yet still a convenient distance to the city centre. It's a district that doesn't exude much of the character or charm of central Vienna, however.