Where to buy property in 16th Arrondissement, France 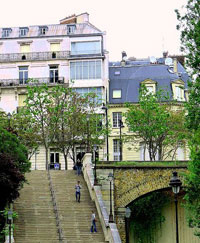 One of the largest arrondissements, the 16th is believed to be the wealthiest Parisian district, although it is not quite as exclusive as the 7th. Many large embassies are located here.

This area is quiet and elegant, especially the neighborhoods of Passy and Auteuil. Often lumped together with the two, is the nearby upscale suburb Neuilly sur Seine. Auteuil-Neuilly-Passy, as they are collectively referred to, implies all that is bourgeois.

The villages of Passy and Auteuil that are now the main residential areas in the 16e were once home to some great minds, including Victor Hugo and Moliere. Benjamin Franklin stayed in Passy, Marcel Proust was born in Auteuil. During the reign of Louis XV, Auteuil became the fashionable summer retreat for the French elite.

The Place du Trocadero, from which one can get the best view of the Eiffel Tower, is the highlight of this arrondissement. The Jardins du Trocadero, which were designed for the 1878 World Fair, stretch all the way to the Seine. Greenery and open spaces abound in the 16e—the enormous Bois de Boulogne, a woodsy park, is also here. The Bois is the site for racecourses as well as strolls and family activities. The stadium Parc des Princes and a number of other sports centres are found in this arrondissement as well.

For shopping in the area, there is the high-class Rue de Passy. For culture, there are several museums: Musée Guimet with its renowned Asian artefacts, the Musée Marmottan-Claude Monet at the western end, the Musée du Vin, and the Maison Balzac.

Apartments in the north are generally a mix of Haussmann and 1930’s architecture, with large and light apartments – expensive!.

The south has more modest apartments, both traditional and more recent. The outer edge of the 16th offers post-1930s apartments, and the views of the park make many very desirable.