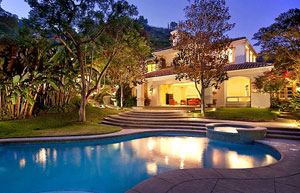 U.S. home prices will remain positive until year-end as demand gets a boost from moderate job growth and record-low affordability rates.

In the end of second quarter, the United States is on top of international real estate trends with inflation adjusted home prices rising 8% year-on-year, according to Scotiabank global economist Adrienne Warren said in a note, “Global Real Estate Trends.”

The economic and monetary conditions in the U.S. led by rising consumer confidence will contribute to considerable pent-up demand for housing following the multi-year downturn, Ms Warren said.

Although rising mortgage rates will ease, this will not impede the recovery, which Ms Warren said “is still in its early stages from a cyclical standpoint.”

However, in spite the positive projection on the U.S. housing market, the construction activity is still low.

Trulia’s lead economist Jed Kolko in a blog noted that though inventory levels point upwards, vacancies are still high because a few homes are listed on sale.

Homeowners are waiting for prices to lift further, Mr. Kolko added before putting them in the market.

He said that a pent-up demand of at least 1.1 million annually could be tapped from households to be formed once the generation X and Y gets a bigger push to leave their parent’s nests and be on their own.

Majority of U.S. home owners, whose property are still under water, are now renting, a related report by the Financial Times said.

U.S. homeownership rate declined to 18-year low at about 65% and is still to decline to 60% from a high of 70%, economists surveyed by Ft.com said.

The U.S. commerce department has estimated that for each percentage point decline in home ownership, there has been a shift of approximately 1.1 million households to the rental market.

The construction of multifamily apartments had rised by 353% since the housing market dip, while single-family homes rose 78%,” the FT.com said quoting data from the U.S. commerce department.