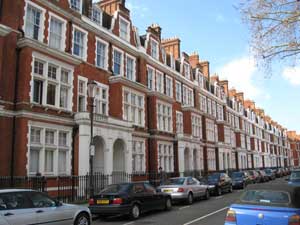 Low supply of rental accommodation is expected to cause rents in the UK to go up by 15% over the next five years, according to Royal Institution of Chartered Surveyors (Rics).

The recent tax changes introduced by the government will further fuel the supply and demand imbalance, experts say. As a result, rents are expected to rise by 2% over the next 12 months.

Previously, landlords could deduct mortgage interest and other allowable costs from their rental income, before calculating their tax liability. But according to the recent changes phased in from April 2017, tax relief for finance costs will be restricted to the basic rate of income tax, currently 20%. Relief will be given as a reduction in tax liability instead of a reduction to taxable rental income.

The changes have made buy-to-let properties in the UK less lucrative. There are reports that small landlords have already started selling off rentals.

The tax changes have come at a time when rising home prices have made purchasing properties unaffordable for middle classes families, increasing the demand for rental accommodation, while supply remains low.  The number of rental properties on the market has been falling for the past eight months virtually all parts of the country, according to RICS.

As a result, rents are expected to go up by 15% by the middle of 2023. East Anglia and the South-West of England are likely to see the sharpest growth.

“The impact of recent and ongoing tax changes is clearly having a material impact on the buy-to-let sector, as intended," says Simon Rubinsohn, RICS' chief economist.

"The risk, as we have highlighted previously, is that a reduced pipeline of supply will gradually feed through into higher rents in the absence of either a significant uplift in the build-to-rent programme, or government-funded social housing,”

“At the present time, there is little evidence that either is likely to make up the shortfall. This augurs ill for those many households for whom owner occupation is either out of reach financially or just not a suitable tenure,” he added.