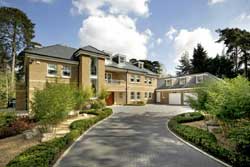 After an achingly slow year in 2009, corporate lettings have finally returned and with great momentum injecting a welcomed boost to the sluggish property market in Surrey.

Sitting on the south-west border of London, the home county of Surrey is known for its green open spaces, affluent villages such as Virginia Water and celebrity residents let alone the direct road and rail links to the Capital, superb schools, having two international airports on its doorstep and being only one hour from the South Coast.

During the boom years, Surrey was awash with business expats and their families driving a very prosperous high end rental market but in line with the economic crash back in 2009, many international companies withdrew many of their expat workers leaving some homes without tenants.

The last few months have seen a turnaround however with James Wyatt and his team seeing increasing numbers of expat business workers returning to the area, relocation agents searching for rental properties and more homes being let specifically to this market.

Not only one of the most sought after destinations in which to live by Brits, Surrey is once again becoming a desirable property enclave for expats relocating to the UK for business reasons.

Jo Paris, Lettings Manager at Barton Wyatt talks of the challenges facing an expat and how her team help make the journey as painless as possible.

"With the majority of international companies still having headquarters in and around the Capital, locations such as Virginia Water, Cobham, Esher and Weybridge in Surrey have become very popular alternatives to living in the city centre. Relocation agents vie for a slice of the Surrey action as many of their expats clients have families and the large homes, wide open spaces, wide range of facilities and top class schools such as The American Community School and Tasis as well as Eton, Harrow and Wellington nearby meet their needs perfectly."

"We are really back to 2008 when the market was saturated with tenants and a limited choice of properties to choose from. We are seeing some clients buying more property now, as they see bricks and mortar as a safer bet than other investments. Returns are somewhere between 5 and 6% which is an attractive proposition. Rents are rising too having risen about 5% during 2011, mainly due to the lack of supply, and we expect a busy summer this year as corporations head to the safe haven of the UK," explains Mr James Wyatt, Partner of multi award-winning Virginia Water based estate agency, Barton Wyatt.