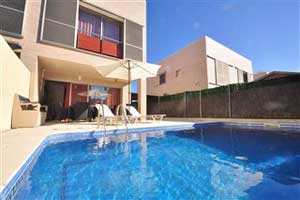 In the Spanish coastal town of Cambrils, province of Tarragona, Catalonia, luxury sports cars with Russian plates are now a common sight parked outside villas and single-storey homes.

Since Spain’s property prices crashed in 2008 and so far had hit bottom last year, foreign buyers have once again flocked to Spain’s sunny coastal towns like Cambrils.

Russians are among the top property owners in Cambrils, according to a report by Germany’s DW Network, thanks to the Spanish government’s decision to grant resident permits to home buyers of property worth no less than 160,000 euros.

Real estate agents interviewed by DW (Duetsche Welle) attest to this latest trend, which could be the biggest break needed by the local property sector after a long period of lull.

Mr. Estevez Saez, a real estate administrator in one of the upscale residential buildings in Cambrils, tells DW that there is now an improvement in sales that in time may boost property prices that declined by 40% to 45% in the last two years.

Real estate agent in Cambrils, Ms Olga Otero notes that the property market of Spain is now moving since the property bubble burst in 2008.

The residency permits granted to Spanish property buyers, more flexible terms from Spanish banks have made a difference to the real estate sector, which could also redound to the construction industry, Ms Otero tells DW, state-run German media network.

DW report points out a 20% increase in sales in coastal properties without citing if these are from subsidised or free market housing sector in Spain.

Global Property Guide Research says in a report from Spain’s Ministry of Public Works, that in the first quarter of 2012, property sales was placed at 70,228, of these about 91.2% were in the free market housing sector and the remaining 8.8% were subsidized housing.