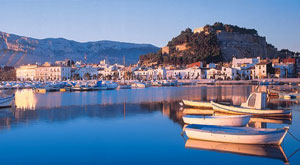 With €500,000 for a property, a foreigner can now be a resident of Spain and can even get a Schengen-area access. Thanks to the new Golden Visa legislation approved by the Spanish Congress recently.

After the legislation’s passage in the Spanish Congress and Senate and publication in the official gazette the BOE (Boletin Oficial del Estado) these past few days, Spain wants to prove that it is better late than never.

Spain joins neighbouring European countries Portugal, Cyprus, Malta and Greece, which had earlier approved similar laws, but with lower price ceilings for properties to be acquired to gain a residency visa.

Property agents are hoping to entice more buyers from Russia and China, who comprise two of the largest buyers of property in Spain since the global recession hit property markets world-wide.

Land values in Spain have varied in the past 12 months, according to the latest data from the Ministry of Development. On average urban land values declined by 17.4% in the second quarter at €161.5per square metre compared to that of 2012.

A similar trend occurred in Spain’s smallest towns where land prices went up by 21.3% Kyero.com reports citing data from the government agency.