House prices in Slovakia rose strongly by 10.1% in Q3 2020 from a year earlier, an improvement from the previous year’s 6.67% growth and its biggest y-o-y increase since Q3 2008. On a quarterly basis, real house prices increased 3.47% during the latest quarter. 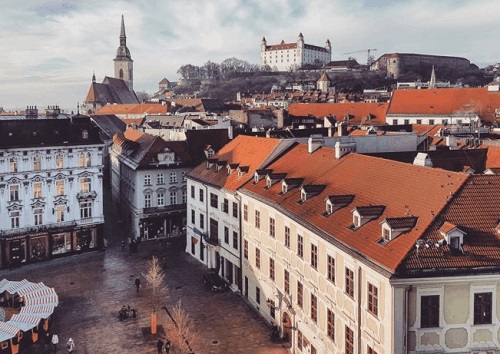 Despite the pandemic, property demand, both from local and from foreign investors, remains fundamentally strong.

Bratislava apartment costs are low at around €2,911 per sq. m.

Recent news: In Q3 2020, the Slovak Republic’s economy declined at a softer pace, with GDP falling by a modest 2.4% from a year earlier, following y-o-y contractions of 12.1% in Q2 and 3.6% in Q1, after the easing of pandemic-related restrictions from May allowed economic activity to resume. In fact on a seasonally-adjusted q-o-q basis, the economy grew strongly by 11.7%, in contrast to an 8.3% plunge in Q2 and the highest quarterly growth ever recorded.

Despite the improvement, the economy is projected to shrink by 7.5% this year, following annual expansions of 2.3% in 2019 and 4% in 2018, based on estimates released by the European Commission.