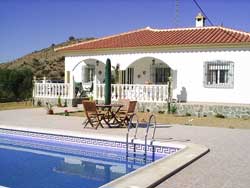 Spain’s biggest real estate website idealista.com has asserted its name and guiding principles with a TV advertisement scolding people having sex in their cars, while they can just buy or rent a piece of real estate now abundant in Spain.

“Busted,” the title of the TV spot by idealista.com, tries to sell homes and rentals to the working class age bracket of mid-20s to 30s.

The marketing concept, according to idealista.com’s creative communications director Mr. Fernando Encinar, was formed while they were brainstorming as to when is the best time you think that you need a home or room of your own.

Mr. Encinar and his team produced the 21-second TV spot with photos taken of couples in seemingly awkward poses doing a lewd act while inside a vehicle. The ad finishes with  “get a room, rent or buy now.”

Since the TV ad spot was launched in late June, its Youtube.com  post got more than 100,000 views and was even featured in Bloomberg TV.

Idealista.com knows they need more than creativity to sell property these days in Spain. The dire scenario of Spain’s property markets is seen trudging on for four years by rating agency Standard and Poor’s.

With Spanish house prices falling by 22% in nominal terms between the period of Q1 2008 and Q1 2012, the credit crunch could further slash prices to 25%, the Standard&Poor’s (S&P) says in a study released last month.

“The correction in housing prices is likely to be deeper and more prolonged than in the previous cycle, taking up to four more years for the market to absorb the glut,” S&P says.