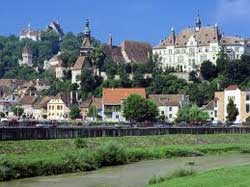 Investors’ interest for land in Bucharest-Ilfov County increased in 2011, as a result of  falling property prices for these areas.

According to IMOPEDIA.ro statistics, the number of website visitors interested in built-up areas rose by 28% in 2011, more than the previous year.

According to an IMOPEDIA analysis, in October, November and December, the index measuring drawn interest or attraction to the place reached its highest value, 49% in  October and November, and 64% in December, higher than the same period of 2010. In November, 61.000 visitors searched for information about this type of landholdings.

"The interest for land follows a positive trend, quite stable, which is not influenced by external factors, such as the First House governmental buying program,” said Razvan Muntean, general manager IMOPEDIA.ro.

In 2011, the interest of foreign buyers return from a decline upon the implementation of the First House Program imposed in early 2010. However, since the policies had been altered, it encouraged foreign investors to take a look once more in Romania's property markets.

The rising number of potential investors had been brought by property price declines in the last two years. IMOPEDIA.ro specialists say that they had been expecting this situation.

The medium price in Berceni Sat area registered a drop of 20% for the plots within the built-up area and 40% in incorporated land, reaching only EUR 3/m2 price.

"At this point, land from the surrounding areas of Bucharest can be purchased at an extremely low price once again, but this doesn’t necessarily guarantee the quality of property. Cheap land means, in most cases, that the plot is very far from the main road, that you do not have access to asphalt, that the energy and utilities are not even close-by. Of course, exceptions are found when owners find themselves forced to sell their land and then accept prices below the real value”, added Mr. Muntean of IMOPEDIA.ro.

In Chitila, the costs for unincorporated area dropped 40% at the end of each year, starting with 2009. If in December 2009 the plots of land were valued at a medium of EUR 45/m2, in December 2011 they were valued at only EUR 15/m2. Also, the medium price for one square meter within the built-up areas decreased by 21% compared to 2010, reaching EUR 55.

The situation is similar in Voluntari as well, where the price decreased by 33% within the built-up area and by 18% for the unincorporated area. The medium value was EUR 70/m2 for the best plots of land and EUR 20/m2 for those in the second line.

In Cernica, in December 2009, one square meter would have been bought with EUR 150/m2 for incorporated areas and EUR 60/m2 for unincorporated ones. Until the end of 2011, though, the lands’ value halved, decreasing to EUR 60/m2, respectively EUR 18/m2.

Land price for the Magurele area decreased by 27% in the first plan and by 40% in the second line. The medium price reached EUR 33/m2 for the incorporated areas and EUR 3/m2 for unincorporated surfaces.

In Pipera, the price decline was 17% for the incorporated surfaces, after decreasing by 37% in 2010. At the end of 2011, the medium price for one square meter in the first plan reached EUR 100 and EUR 50 for the unincorporated area.