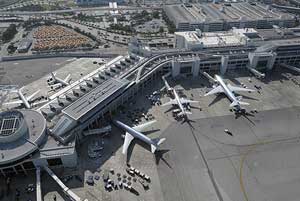 When the recession struck back in 2008, construction projects within Washington and mainland U.S. suffered a major blow in terms of investment. However, with the real estate market finally on the path to recovery, foreign interest in the region has returned.

A prominent example in this regard is that of Qatar. Strong investments started back in 2010 when the country’s real investment arm made a $650 million investment in the City Center.  The net worth of the project was $1 billion, making Qatar a major stakeholder.

In 2010, Qatar invested in D.C. real estate for the first time. Since then, it has systematically increased its money spread in the region.

After the $650 million investment, the next move was in Chicago, where the Al Faisal Group (one of Qatar real estate investment arms) bought the Radisson Blu Aqua hotel last year.

Qatar’s mode of investment has been to invest in real estate and expand the infrastructure. This can be seen with the buying of Current TV for a price tag of $50 million. After that, they used that real estate to launch Al Jazeera America, indicating a distinct model.

Qatar’s new target is the airport based real estate in the U.S. The first indication of this is the news that the Qatar Airways is looking to increase its service through the inclusion of Dallas, Miami and Philadelphia in its destinations. Furthermore, Qatar would be buying 50 Boeing 777 airplanes; a clear indication of expansion in the area.

The residential portion of the $650 million project (as described above) has opened just a few days back and looks to be a promising investment for Qatar.  The main backer behind this investment is the Qatari Diar Real Estate Investment Co. A mammoth project, the investment is definitely going to give a higher ROI to Qatar.

An independent analysis from Elika Real Estate is indicative of micro changes that are affecting real estate investment in prominent areas such as Washington and New York. One change highlighted by them is the presence of a new mayor in City Hall. According to them, the change is important since the mayor elect is planning for mandatory inclusionary zoning.

This is going to lead to affordable housing for developers, a justification for the investment. Furthermore, the chance of increasing interest rates in 2014 makes investment right now more feasible.

Earlier in 2013, Khalid al-Subeai, Chief Executive of the First Investor (bank that financed the investment for City Center project) said that the interest in the U.S. real estate market is on the grounds that it offers attractive fundamentals in the coming years. It is also an important segment in the Qatar’s investment portfolio in the real estate sector.

According to strategic analysts that specialize in the Middle East affairs, the investments are also a method for Qatar to pose itself as a regional power. Qatar is a small country and by making such huge money flows, it is generating financial and political ties with the U.S.  Such investments also lead to interdependencies, in which the U.S. would be able to defend Qatar against its regional neighbors.

Political intentions aside, the investment in the real estate especially areas such as New York and Washington would strengthen the property economics in U.S. and add firepower to recovery measures.