Number of first time home buyers highest in the U.K since 2007-08 financial crisis 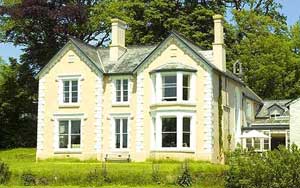 Encouraged by government incentives and low mortgage rates, an increasing number of first time home buyers are entering the UK's housing market. Last year they accounted for half of all house purchases with a mortgage, according to Halifax, up from 36% in 2007.

“A flow of new buyers into home ownership is vital for the overall wellbeing of the UK housing market…This ten-year high in the number of first-time buyers shows continued healthy movement in this key area,” said Russell Galley, managing director at Halifax.

While the number of first time buyers is rising in the country overall, some regions – particularly those where home prices have increased at a faster pace – have reported a drop in their share in the market. London – the U.K.’s most expensive city – is one of these places. The number of first time buyers dropped by 26% from 57,900 in 2007 to an estimated 42,983 in 2017. They were required to put down a 27% deposit for buying homes in London on average last year, Halifax said.

The building industry is responding to this demand. According to the National House-Building Council, builders registered plans to start 160,606 new homes, up 6% from 2016 and the highest number since the start of the financial crisis in 2007.