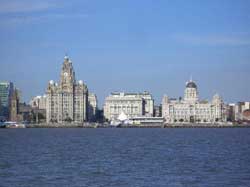 Liverpool council received £ 9 million of central Government Grants (2007) in order to be able to developer the Pier Head. The reconstruction has now been completed and the European Commission will soon give approval for the Pier head to be used for International cruise start and end of journey points.

This is an exciting development for Liverpool Tourism which will be propelled forward by the additional income as people spend an increased number of nights in Liverpool before taking their onwards journey.

One of the key initiatives of the Merseyside 2011 economic review is to develop Liverpool as a visitor economy. It is already viewed as a destination of great sporting and musical significance. Boosted by the Capital of Culture Award and significant investment over the past 10 years it is in a prime position for future growth.

The visitor Economy Strategy 2020 targets are;

·         An increase in staying visitor nights in Liverpool from an estimated

"With ambitious tourism growth targets and the news of the completion of the Pier Head Cruise Liner Port, investors in Liverpool serviced apartments can benefit from improved visitor numbers and derive high yield rental income from this lucrative market’ says Graham Flaherty of One Touch Property Investment.