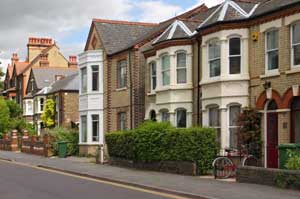 The world didn’t come to an end after the result of the Brexit referendum was announced, but Sterling certainly had a hard time. As is so often the case, this was a problem for some but good news for others, in particular international property investors, who saw UK property suddenly become a whole lot cheaper in real terms. This understandably resulted in a lot of interest from overseas buyers.

The recent rate rise has seen Sterling make gains in the currency markets and hence from the perspective of overseas buyers, which has made UK property more expensive in real terms. This begs the question of whether or not overseas investors should still consider the UK property market an attractive market in which to invest.

Here are three points to consider when looking at this question.

An investment can still be worthwhile even if its price increases

It may be irritating to think that you missed out on a great bargain, but that’s no reason to pass on an opportunity to invest in a good one. It is common knowledge that the UK property market has a chronic under-supply of stock compared to demand and for all Brexit-fever is gripping certain sections of the UK financial press, that simple reality is highly unlikely to change any time soon. Therefore, although the rate rise and its impact on the currency market has imposed an effective price increase on overseas investors and that may have turned some investments from profitable ones into unprofitable ones, it’s still worth remembering that the UK property market is full of opportunities, meaning that it is up to each individual investor to determine which is the right one for them.

The UK economy has long been characterized by its flexibility and its ability to adapt to change. Over the years, it has moved from being essentially agricultural to incorporating what is now thought of as traditional industry, services (particularly legal and financial services) and the digital economy. Arguably, it also has the most flexible employment structure in Europe (its only close competitor in that regard being the Republic of Ireland), with a thriving freelance sector. This is very attractive to employers in general and in particular to companies operating in “disruptive” niches, such as technology companies.

A deal to give the UK access to the single market would, in all probability, allow the UK (and the rest of the EU) to carry on with “business as usual” and given that the UK is an export destination for other EU countries, there is a clear advantage to the remaining EU countries to reaching some sort of deal to enable continued free trade in both directions. If, however, a deal were not reached, then the UK would operate outside of EU rules and would be free to incentivize businesses as it saw fit, for example, by lowering corporation tax, a fact which will probably be of great interest to companies in the light of the recent issues between Ireland and the EU.

Acting while others are pondering can be advantageous

Right now, some investors are sitting on the sidelines waiting to see which way the wind blows before they decide what to do. Their caution is understandable given the media coverage of the Brexit situation. Realistically, however, the strength of the UK’s economy does not depend on the EU nor is it in the EU’s economic interests to see the UK go it alone. Taking all of this into account, investors are likely to be best served by ignoring the headlines and looking at overall fundamentals plus the details of each potential investment.