Can an average income earner own a luxury home? 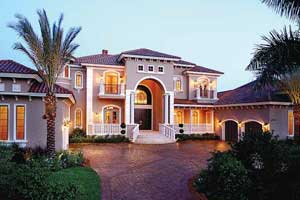 Average income earners in the cities of Singapore and New York can actually afford their dream luxury homes in 43 and 48 years, respectively, according to a study made by Knight Frank.

Entailing almost a life time to work will eventually allow one to own a piece of luxury property worth US$2.71 million with an average per capita purchasing income worth no less than $60,000 a month in Singapore.

The reports from Knight Frank and Bloomberg point out that this is not as bad as against those in the cities of Mumbai, Shanghai and China.

The study indicates the widening income disparity among citizens that can be perceived with the growing price of luxury property for the affluent as against the struggle for home ownership in the low income segment.

In Mumbai for instance, towering luxury homes seemed misplaced in a sea of shanties, but they indeed are valued at $1.14 million for a 100-square metre luxury residence in this booming Indian city.

In terms of income, according to Knight Frank, it would take the average income earner six to seven life times or not less than a century or two to afford a piece of luxury property in the city of Mumbai.