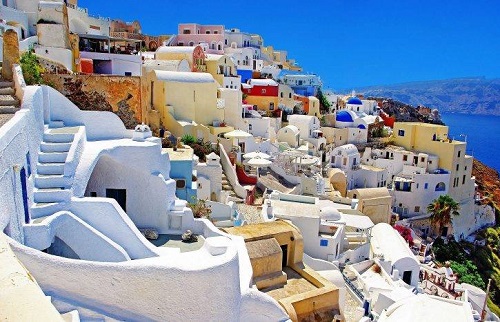 The Greek economic slump, which began in 2009, is over. According to the Hellenic Statistical Authority (ELSTAT), Greece’s GDP grew for four consecutive quarters in 2017, and the European Commission predicts 2.5% growth per year in 2018 and 2019.

Investors share the optimism of the European Commission. According to the latest data from the Bank of Greece, foreign buyers spent twice as much on Greek real estate in January 2018 than the year before. International hotel chain Wyndham has opened its doors to the Dolce Attica Riviera hotel and the Four Seasons is going to open the Four Seasons Astir Palace Hotel Athens in the southern suburb of Vouliagmeni.

The International Monetary Fund (IMF) is even more optimistic. According to its report, Global Financial Stability Report April 2018: A Bumpy Road Ahead, the Greek capital was 13th among the world’s 42 largest cities in terms of rising housing prices. According to the IMF, between 2013 and 2017, the price of real estate grew by almost 10% per year in Athens. At the same time prices across the country have continued falling.

The Athens prooerty market is undergoing a revival on the back of growing investor demand. According to the Bank of Greece, the number of real estate transactions in the city grew by 18% in 2017, and by 1.5 times in the first two months of 2018 compared to the same period in 2017.

Demand for short-term properties being is buoyed by demand from tourists, so property investors that cater to this crowd have the potential for higher and constant returns. Greece is seeing a tourist boom – according to the Bank of Greece, the number of foreign tourists increased from 15 million in 2009 to 30 million in 2017, the bulk of whom visit Athens during their stay in the country, which, thanks to its well-preserved heritage and comfortable climate, remains popular regardless of the economic situation.

According to the estimates by Euromonitor International, Athens is the city with the second-fastest rate of growth in the number of tourists in Europe (the first is Heraklion). The number of international arrivals reached 4.8 million in 2017, 10% more than in 2016. According to the Greek Tourism Confederation (SETE), the average length of stay in Athens increased from 5.5 days in 2016 to 5.7 in 2017.

According to Airbnb data portal AirDNA, the number of bookings in Athens on the homesharing platform has been increasing by 66% per year since 2010, compared to Paris (30%), Berlin (40%) and Barcelona (40%). The most popular areas for tourist bookings are the city’s central districts: Keramik, Koukaki, Makrygianni, Metaxourgeio, Monastiraki, Plaka and Tisio.

According to Greek media outlet Ekathimerini, flats within the boundary of the area between the central squares of Monastiraki, Omonia and Syntagma are almost unavailable for locals as they are usually rented out to tourists.

Demand from foreign investors is being fuelled by cheap so-called golden visas: a Greek residence permit can be obtained by purchasing one or more properties for a minimum total of €250,000. The minimum sum in other markets offering golden visas is higher: in Spain, golden visa investments start from €500,000, while in Portugal it is €350,000, and in Latvia, an obligatory fee raises the threshold to €262,700.

The popularity of the Greek golden visas is growing. According to Enterprise Greece, the country issued 30% more visas to main applicants in 2017 than in 2016. From the launch of the programme in 2013 until 2017, Greek residence permits were issued to 2,305 investors, most of them from China (including their family members, Chinese nationals account for almost half residence permits issued), Russia, Turkey and Egypt.