*Some data are not national prices.
**Rate of change compared to last year

Europe's house price growth continues to moderate, whereas prices in Asia-Pacific are heating up, according to indices assembled by the Global Property Guide (www.globalpropertyguide.com), based on country sources, for the second quarter (Q2) of 2007.

Despite the slowing of house prices in the Baltics in Q2 2007, over the past year the Baltic countries were still among the top five performers in the world.

In Latvia, house prices started dropping in June 2007, according to Latio, Latvia's leading research-oriented realtor. Over the year, house price growth slowed to 35.41% in Q2 2007, from 52.13% y-o-y to Q2 2006. Latvia's economy is the fastest-growing in Europe but signs of overheating have been observed.

Estonia's slowdown was in evidence early this year when a meager house price increase of 5% y-o-y to Q1 2007 was revealed. House prices rose by 18.98% y-o-y to Q2 2007, still inferior compared to the 54.29% increase y-o-y to Q2 2006. Higher interest rates and stricter mortgage policies contributed to the slowdown.

Lithuania's house price growth remained at 25% y-o-y to Q2 2007. Indicators suggest Lithuania is the most economically stable among Baltic countries.


The US housing crisis

According to OFHEO, house prices have dropped between Q2 2006 to Q2 2007 in five states, namely Nevada, Michigan, California, Massachusetts and Rhode Island. These states experienced dramatic house price increases during the housing boom.

Inflationary pressures from oil prices and other commodities have elevatedinterest rates. The US Federal Reserve has progressively pushed up rates, from a low of 1% in 2004 to 5.25% in June 2006. The most recent hikes caused many subprime borrowers to default on their payments, and consequently, file for foreclosure.

In an effort to control possible damage brought by the subprime crisis to the economy, on September 18, 2007, the Fed slashed interest rates by 50 basis points to 4.75%. The world has yet to see whether this cut will protect the US economy from recession.

Canada, on the other hand, has experienced a 7.82% house price increase y-o-y to Q2 2007, only a slight slowdown from 9.82% y-o-y to Q2 2006. Canada's solid economy and strict mortgage policy are expected to guard the country from the malaise experienced by the US. No further slowdown is expected in the next few quarters. 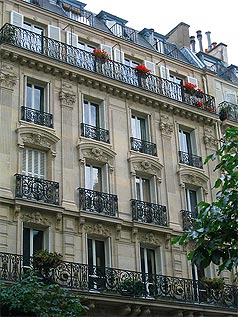 Many European housing markets have continued to cool as higher interest rates bit in Q2 2007. The European Central Bank raised key interest rates to 4% in June 2007, the highest level for six years.

Spain experienced its lowest house price increase in nine years. House prices rose by 5.80% y-o-y to Q2 2007, from a peak of 17% in 2003. Most house purchases in Spain are made with variable- rate mortgages, making the market vulnerable to interest rate changes.

Other European countries that so far this year experienced lower house price increases than in 2006 were Sweden, Finland, Italy and Switzerland.

Poland and Cyprus both experienced house price increases of 8% y-o-y to Q2 2007.

In Japan's six major cities, land prices increased by 7.75% y-o-y to Q2 2007. This shows conclusively that Japan has recovered from its 15- year house price downturn.